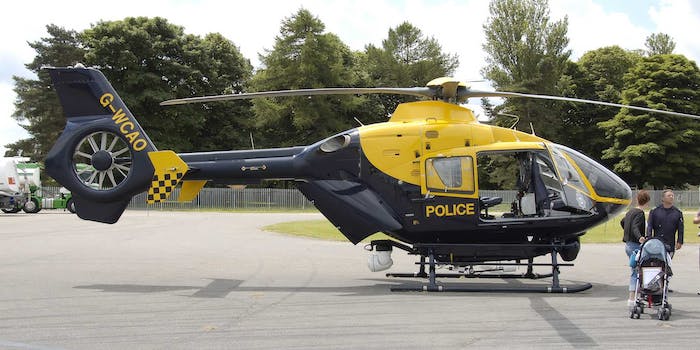 In a city with as many CCTV cameras as London, you have to hope the police are using them for one thing and one thing only: fighting crime. Judging by this official police Twitter feed, that is not the case.

@NPASLondon is the official account for the London Metropolitan Police air service, and it just posted what basically amounts to a paparazzi shot from one of its surveillance cameras. The image shows a man in a suit, the time the photo was taken, and what appears to be a police GPS location.

The Twitter account wasn’t asking people to identify the man in relation to a crime. It was just playing Spot The Celebrity, joking that the man could be a certain well-known comedian. 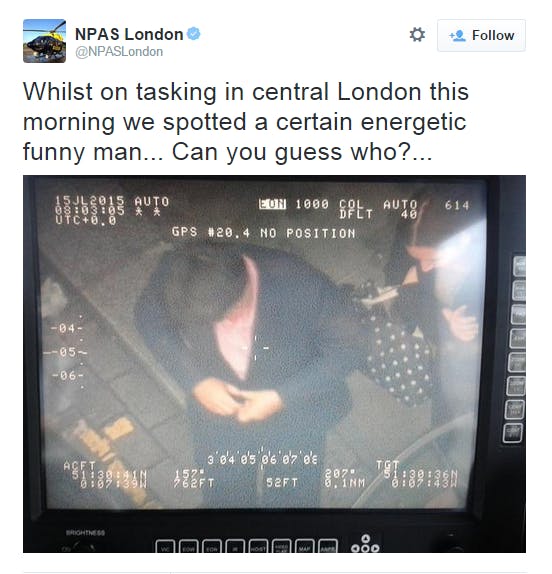 Along with a handful of guesses about the comedian’s identity, most people replying to the tweet were shocked. Why were the police posting surveillance photos for entertainment, without the subject’s consent?

[email protected] Do you have permission to tweet photo and location of comedian from heli camera? Or is this ok as he has “nothing to hide”?

According to the U.K.’s government’s surveillance camera code of practice, cameras should only be used “in pursuit of a legitimate aim.” It’s hard to see how a celebrity guessing game complies with this section of the code:

“The disclosure of images and other information obtained from a surveillance camera system must be controlled and consistent with the stated purpose for which the system was established.”

After about three hours, the photo was deleted without comment from @NPASLondon.