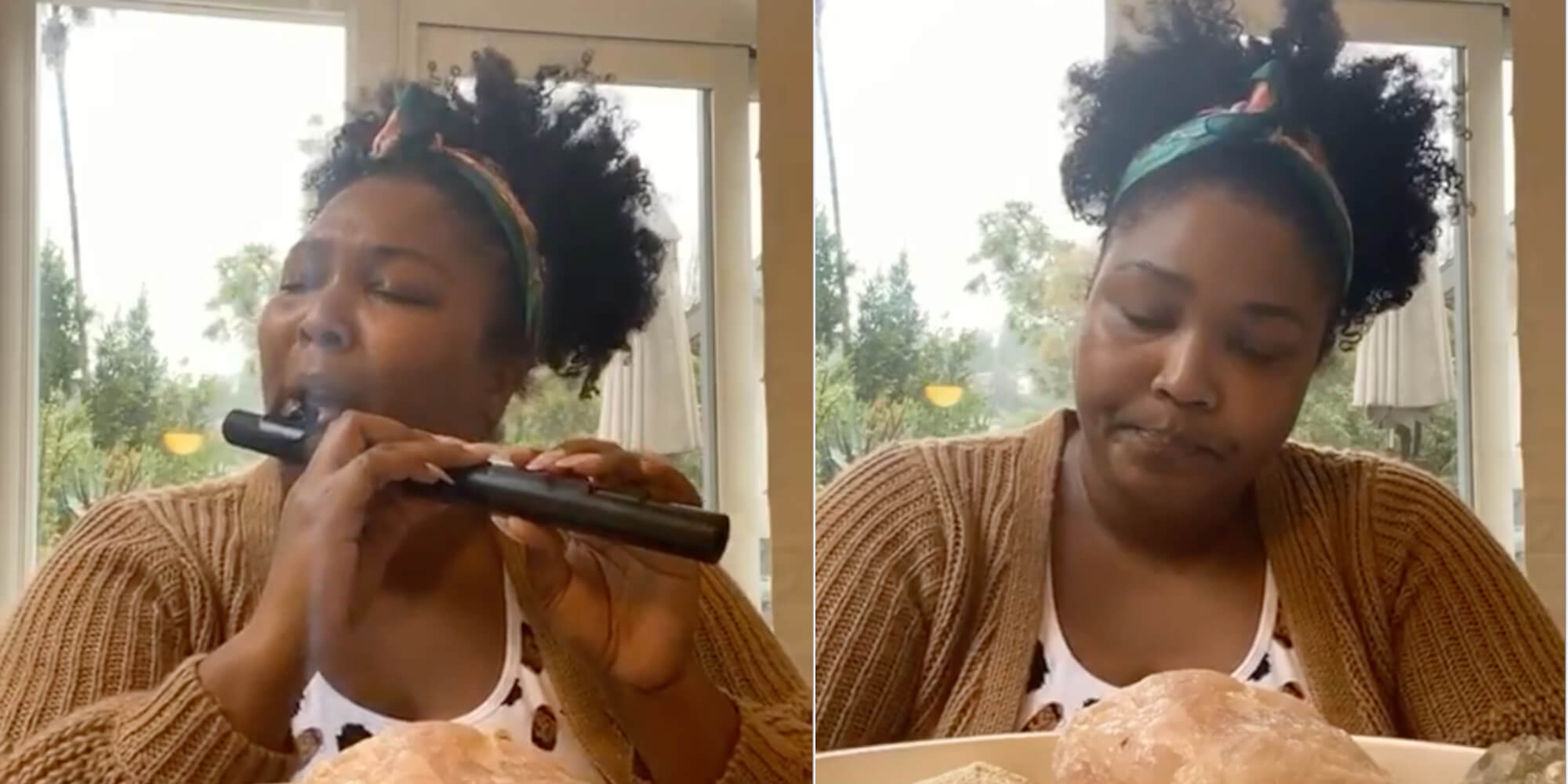 In response to a rise of panic around the coronavirus, singer Lizzo led a meditation on Friday morning that featured an assortment of crystals and flute playing to ease her fans’ minds.

The artist announced Thursday that she would lead a meditative practice on her Instagram the following morning after the Houston Rode announced that she couldn’t perform as planned because it was shutting down.

Billboard reports that Lizzo led the meditation because she empathizes with their fear.

“A lot of their favorite artists can’t play shows, or somebody they know is sick, or they might be sick, or we might be afraid of what this means for life as we know it,” Lizzo told Billboard. “I wanted to take the time today to just do a mass meditation.”

“There are a lot of people that are still sick, and there’s a lot of action that needs to be taken,” Lizzo said in her Instagram video. “We need leadership; we need a cure; we need proper testing packets. There’s a lot we need to do on that end, so we’re also going to take time to meditate toward that as well.”