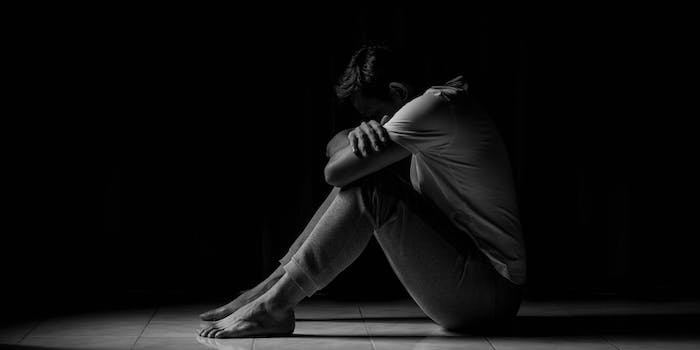 Notes from 16 years of suicidality

I was staring out of the window of a hot minivan the first time I felt like I wanted to kill myself. I had spent the day following (well, trudging behind) my mom and sister as we combed L.A.’s garment district for bridesmaid dresses. Strong whiffs of rot rose from the sidewalk and mixed with the aroma of the street vendors’ danger dogs. The brightness of the sun seemed cruel and the heat radiated off the thick denim of my jeans. I was miserable. I was hungry and tired and achy, my general mission back then being to eat as little as possible and to punish myself as much as possible for what I did eat. I was determined not to acknowledge my body until I became the gauntest of Vogue models, so strapping on a satin dress and twirling for an audience was, you could say, odious to me.

On the drive home, I slung on my headphones, pressed play on a Jane’s Addiction CD, and ruminated. The rising distress had reached its peak. I had never felt so wretched, so wholly overwhelmed by anguish. My every cell wriggled intolerably, urging me to jump out of my skin. I began to visualize my death. Over and over, I imagined annihilation, zoning out into a duller melancholy.

Sixteen years have passed since I mutely fantasized my death in the backseat of that hot minivan. I have had a collection of depressive episodes over the course of those years, some as short as three months or as long as two years. Suicidal ideation has been a part of every one: I visualize it or I research and plan. I’ve been admitted to the psych ward twice, spending three and four days getting medication adjustments and being closely monitored to prevent an attempt. During the insufferably long and repetitive intake processes, nurses, doctors, and social workers asked me why I was there, why I wanted to die. The precipitating events seemed embarrassingly tame: I had poorly adjusted to living overseas, or I had left a stressful graduate program. But even in recalling the events of my past that were more seriously traumatic, it was strange to justify the enduring wish to destroy myself.

I’m reading Joan Didion’s Blue Nights right now, and at one point she mentions “the tendency to overreact to what seems ordinary, even predictable circumstances: a propensity, [psychiatrist] Dr. Menninger tells us, common among suicides.” I think this is true, though I would add that many difficult and even punishing experiences fall under the umbrella of ordinary and predictable circumstances. Puberty’s sea change commonly leads to self-loathing among adolescents, especially in a distorted beauty culture like ours. The fact that this pain is ordinary and even predictable doesn’t soothe its sting. The question is of proportion. Not every child with a changing body becomes suicidal.

Not even every depressed person becomes suicidal. I asked Dr. Daniel J. Reidenberg, executive director of Suicide Awareness Voices of Education, why this is. “We don’t know why [sucidal ideation] happens to some and not to others, nor do we know why sometimes it happens for someone and other times it does not,” he said. “People living with major depression can have a number of symptoms, suicidal ideation being one of them.”

He also told me that someone thinking about suicide should not hold it in but talk about it. It felt like an uncanny suggestion since I had fretted about talking to him, even posing the question. I had hoped against hope that I sounded like a serious writer and not someone who was struggling and desperate, even though I am all of those things. He continued, “Their thoughts and feelings can be distorted, but by telling someone else, they can help you decide how severe it is and if you should talk with a professional. It can also give you a chance to get the support you need from feedback about alternatives, options, and ways to cope with the distressing thoughts.”

I can affirm that this advice is generally helpful. I did not begin an appropriate course of treatment until the day I finally decided to stop lying to my therapist. In that day’s session, she asked me outright if I would be safe afterward, at home. Would I hurt myself? I wasn’t going to falsely reassure her anymore, but I couldn’t yet bring the truth up from where it rested in my stomach. So, I picked at my nails and was silent. She understood, and she helped me.

Over the years, to reduce the outsize reaction I have to difficult and stressful events, I’ve been on numerous and layered antidepressants, mood stabilizers, anti-anxiety medications, vitamins, antidepressant boosters for when the antidepressants aren’t working well enough, and a drug for hypertension that dampens nightmares. I’ve been in intensive day therapy programs, long- and short-term individual therapy, and group therapy. It has had a beneficial effect. I can recognize an episode much sooner now than I used to; I have learned to calm myself down with breathing exercises and meditation; medicine has improved my mood for sustained periods.

It has not been curative. The cure was never promised, though, at least from anyone with genuine authority. What was promised was diminished extremes, ways of coping, and a life that continues.

A week ago I went to a family reunion. This takes some careful planning and preparation due to my non-psychological chronic illnesses. I took a triptan 45 minutes before I arrived, hoping it would disperse the migraine that had started seizing up my neck before it spread too far over my head. The little triangular pill usually makes me chatty. I was enjoying a conversation with my aunt when, in an epiphanic moment, I told her, “Do you know what? I think I’m depressed,” which I hadn’t realized until that moment, in spite of the fact that for the past month I had cried nearly every night in agony and despair. I had attributed my grief to my troubling circumstances: chronically ill, unable to work, without a permanent place to live, and in dreadful physical pain. With the surge of somatic activity that comes after taking a triptan, though, I could see plainly that I didn’t deserve to die.

And I don’t. It’s a revelation that feels almost weary now. Maybe because I’ve had it many times; maybe because it comes after a period of great pain. Maybe because it’s so primary. It doesn’t hold joy the moment it appears; only a wobbly hope and a measure of relief. The joy comes later.

If I had died sometime in the month before that unexpected tweak to my body chemistry, what would people say had been the culprit? My neurotransmitters? My pain? My poverty? My actions? My inaction?

Suicidality is a shifting mass of components. Every bodily element and every life circumstance interlock in ever-changing configurations. Some parts I can shift myself; others shift on their own; still, others are immovable. Whether this weird machine hums or rattles is both within and without my power.