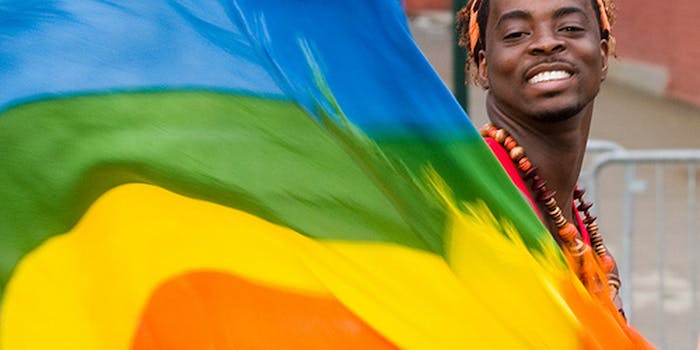 4 of LiveJournal’s most active LGBT communities

When it comes to talking about LGBT issues online, a lot of people are passing up Facebook and Tumblr for the supportive, thriving communities on LiveJournal.

June is LGBT Pride Month in the United States, a time for lesbian, gay, bisexual, transgender people and their allies to celebrate their differences. However, it can be difficult to feel prideful without a support group.

Even on the vast, anonymous Internet, it can be tough to find a safe space to share and discuss LGBT issues. While sites like Reddit offer pseudonymous solace for anyone who wants to join, a few bad apples can leave minorities feeling unwelcome.

Re-enter LiveJournal. The fourteen-year-old network may show its age, but one thing its staff is trying to do better than any contemporary is to build a community of diversity and acceptance. (It’s already got a head start with a userbase that skews older and female.) Anjelika Petrochenko, LiveJournal’s U.S. General Manager, told the Daily Dot that creating a safe space was especially important since “a lot of our users are outcasts.”

Partly through staff initiatives to support social change and partly through LiveJournal’s comparative obscurity to the likes of Facebook and Tumblr, it’s become a bustling network of support for people all along the LGBT spectrum. Here’s some of the most active:

With 14,000 combined members and lurkers and archives spanning back to December 2000, this is both LiveJournal’s largest and oldest lesbian support community. From relationship advice to recommendations for books with lesbian protagonists, this community spans the gamut of gay everyday discussion.

The rules of this female-to-male transexual community state that you don’t have to be trans to join. That’s what makes the 12-year-old community not only a welcoming place for people who are FTM, but for people who want to support and learn about the transition process. Members’ posts highlight the difficulties trans people face that others might take for granted, from taking a host of daily medication to finding an accepting doctor in a new town.

Bisexuals occupy a liminal state in the LGBT spectrum, facing opposition both from some heterosexual people and some gay people, each of whom question where they belong. Likely as a result, this community especially focuses on bisexual legitimacy in pop culture and politics more than ordinary life anecdotes.

Encompassing LGBT people, people of Christian faith, and furries, it’s hard to find a community more accepting of so many groups than Rainbow Ark. It’s tough to argue with its self description as the “most happenist, diverse family in all of furrydom!” There is very little that is off topic for this community, with topics as varying as its members identities. But with a complete events calendar and monthly birthday announcements, it’s proof that good moderation can help even groups with the most differing members happily coexist.