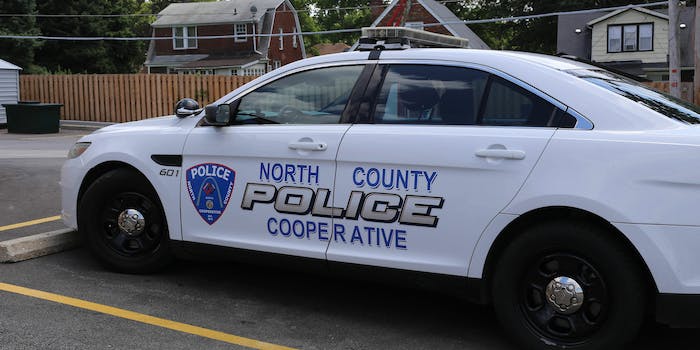 She recorded the aftermath of his death.

A store clerk in St. Louis, Missouri, is reportedly being harassed online and receiving death threats after she live streamed the immediate aftermath of the death of a police officer who was responding to a request at the store.

Officer Michael Langsdorf was responding to call about someone trying to cash a bad check at the store on Sunday. When he approached the suspect, identified as 26-year-old Bonette Kymbrelle Meeks, the two got into a physical altercation, Business Insider reported.

At one point, Meeks stood up and shot the officer, who was facedown on the floor. Kashina Harper, the store clerk, live streamed the following moments on Facebook, where Langsdorf was reportedly seen lying in a pool of blood. While the video was removed right away, versions of it were reportedly still available on YouTube. Business Insider reported reviewing at least two videos with the content, although they appeared with a warning about the video being graphic. It’s not clear if Harper or Facebook removed the video.

The Daily Dot did not find Harper’s video in a search on Wednesday. According to Business Insider’s description of the video, Harper screamed for help, and officers ran to Langsdorf and called his name.

At a press conference shared by KSDK News on Monday, Police Chief John Buchannan offered his condolences to Langsdorf’s family.

In an emotional speech at the conference, Major Ron Martin gave graphic details of Officer Langsdorf’s murder and clarified that the shot hit him in his neck.

“His left rear neck is where the bullet entered, it traveled to his spinal cord, ricocheted, went to his central cavity and out his front chest,” he said of Officer Langsdorf’s death.

He said Meeks promptly fled the scene but was soon arrested by law enforcement. On Monday, Meeks confessed to killing Langsdorf.

My name is Kashina Harper and I can tell you a little bit about myself I got a heart of gold and what I mean by that.. I…

“I put my life on line too and why you say that because I told the gunman do not shoot but he shot him anyway I ran from behind the counter didn’t even know if the gunman have left to help the police officer,” she wrote, adding that she called for help using his walki- talkie right after the killing.

“And only reason why I put it on Facebook for hims to get Justice,” she added.

She apologized for putting it on Facebook live and has told St. Louis Dispatch that she’s been sent death threats.

A Twitter search with her name showed up numerous people shaming her for her action and some sharing information on how to find her on Facebook.

While her Facebook post received much support, many threatened her, warned her about a potential lawsuit from the police department and warned her that she might “disappear.”

Harper did not immediately respond to the Daily Dot’s request for comments.