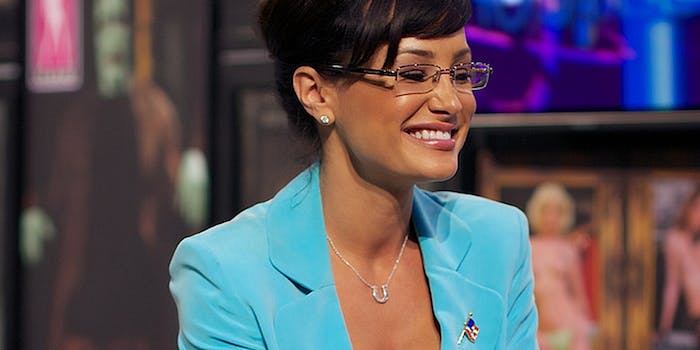 A social media friendship led one man to the AVN Awards—with Lisa Ann.

It’s a modern-day love story: Boy meets girl on Twitter, the two exchange emails, and end up on a romantic date.

McGann actually had a very sweet pickup line. Last November, his declaration of love was captured on ESPN’s College GameDay in Oklahoma, when he held up a sign that read, “Baylor’s defense has more holes to fill than Lisa Ann.”

Well this was a weekend to remember… Thank you @thereallisaann for allowing me to be your date for the #AVNs! pic.twitter.com/1Y0Ym9Nyjm