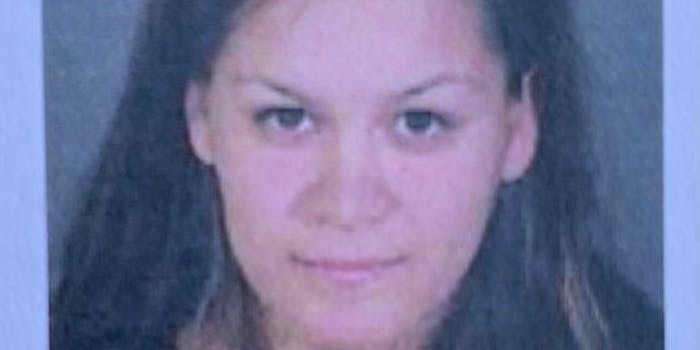 She expressed her shock 'as to how or why they still have custody' of their children.

A woman accused of killing her three children reportedly had an online blog where she shamed some Teen Mom stars, expressing her shock “as to how or why they still have custody” of their children.

The California woman, Liliana Carrillo, 30, was taken into custody on Saturday by the Los Angeles Police Department (LAPD), according to multiple reports. The cause of death for her children is reportedly still pending, however, some reports indicate they were fatally stabbed. The grandmother of the children—all said to be under the age of 5—was reportedly the one to find their bodies on Saturday morning. One of the children, according to the New York Post, was 6 months old. Carrillo had allegedly fled the scene, was on the run for hours, and, at one point, allegedly stole a car before being taken into custody.

“She did a horrific crime here and she followed it up by another crime north of here and it’s those behaviors that ultimately got her caught,” LAPD Lieutenant Ben Fernandes told KABC-TV.

According to the Daily Mail, it is believed she once ran a blog called “Blogging For Good,” where she shared inspirational messages, confessions about herself, and even her thoughts on stars from the MTV hit show Teen Mom. She reportedly ran the blog before having her three children, but a link to it was still active on her alleged Instagram account before the account was deactivated, according to the Daily Mail.

In a 2013 post, she railed against the Teen Mom 2 cast, claiming they “physically and emotionally abuse their partners and then victimize themselves.”

“My sister watches this crap and I got stuck eating lunch in the living room with her,” she reportedly wrote. “They are involved in heavy drugs, cannot escape them, and then cry about how they can’t access their child… I mean really?”

She reportedly continued by calling the mothers “idiots” and said she has no “pity for them.”

“There’s no denying that there are a few mothers in the show who progress from their situations and grow from their troubles but there are others that I am shocked as to how or why they still have custody of their child,” she said.

At one point in the post, she likened herself to the women, saying that she, too, has been in “unhealthy relationships” and that she would “go out with my girls, drink, smoke, lose control.”

“I’m not perfect. I was a person in these same situations, minus the child,” she wrote.

While a motive remains unclear, Carrillo is being considered the “sole suspect” in her children’s killings, according to the LAPD.