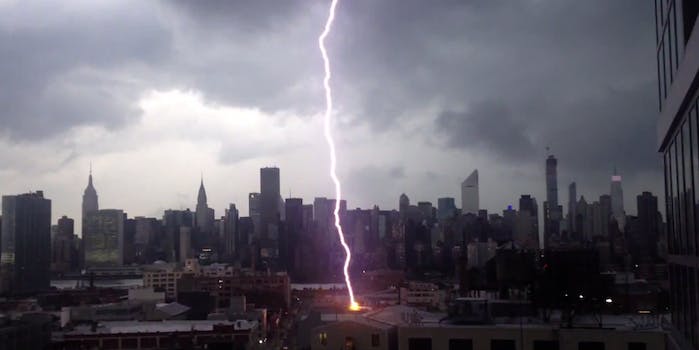 Lightning only needs to strike once for this.

A major storm brought chaos for much of New York and flooded part of the Brooklyn Bridge Wednesday night, but some managed to capture Mother Nature at its most deadly.

Many people watched the storm from the safety of their homes, and some even ventured outside when the rain stopped. Natural disasters are photographed and filmed all the time, but getting a photo of the exact moment lightning strikes something is difficult, even when you’re talking about the tallest building in the country.

But Dinesh Penugonda did it. Located in Long Island City, Queens, he set up his camera and waited. It paid off, and he got himself a video for the ages that’ll probably never happen again.