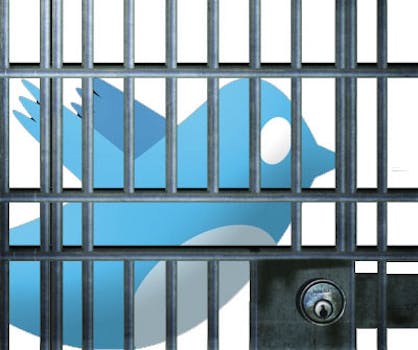 Jail was “too much” for student who sent racist tweets

The former human right commissioner for the Council of Europe spoke against the punishment on Friday.

Liam Stacey, who was ordered to 56 days in jail over offensive Twitter comments, should not have been imprisoned, a senior European human rights official said.

The student was handed his jail sentence last week after admitting an offence of racist intent. He sent a number of tweets deemed offensive after soccer player Fabrice Muamba’s collapse during a game, such as “LOL, Fuck Muamba. He’s dead.” Stacey’s appeal against the sentence was dismissed on Friday.

Thomas Hammarberg, the Council of Europe’s human rights commissioner, gave an interview just before leaving office this weekend. He called for greater freedom of expression and criticized the sentence handed to Stacey.

“It was too much. He shouldn’t have gone to prison. To put him in prison was wrong,” he told The Guardian.

“Politicians are at a bit of loss to know how to … protect internet freedom while also having regulations against [such problems as] hate speech and child pornography. There are limits to freedom of expression but regulators don’t know how to handle this. It would be useful to have a more enlightened discussion at a European level, otherwise we are going to have different practices in different countries.”

The judge who dismissed Stacey’s appeal admitted that there were no sentencing guidelines for the case. Mr Justice Wyn Williams said he and the magistrates he was sitting with had not been referred to previously decided cases to assist them in determining an appropriate sentence.