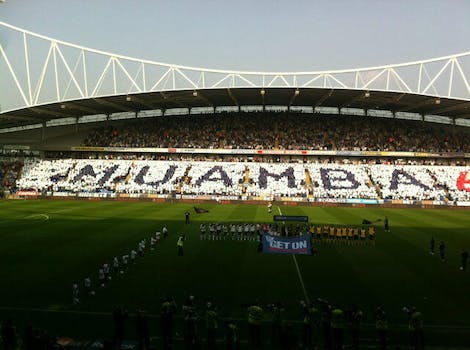 Liam Stacey, a 21-year-old Twitter user in the U.K., admitted to inciting racial hatred after Fabrice Muamba  suffered a cardiac arrest on March 17.

One of the tweeters, Texan Chet Walken, has continued to send horribly racist messages about the government and the Houston police. The other Twitter user, who admitted to inciting racial hatred, has just been sentenced to 56 days in jail.

Liam Stacey, 21, a student at Swansea University in Wales, was told by Swansea Magistrates’ Court, District Judge John Charles that “ there is no alternative to an immediate prison sentence,” reported the BBC.

Stacey has been in police custody for more than a week since he sent out tweets like “LOL, Fuck Muamba. He’s dead” following the soccer player’s collapse on March 17. Stacey tried to claim his account had been hacked and had tried to delete his account. The Swansea Magistrates didn’t buy it and instead called the tweets “vile and abhorrent,” according to the BBC.

Reaction to the sentencing was mixed on Twitter, where Stacey has been mentioned more than 11,000 times since about 5 am Eastern Time.

“[E]veryone be alarmed that liam stacey was jailed. britain is heading to a dark place if we start taking exception to free speech,” tweeted Kevin McNamara (@WoollyMindedLib).

Muamba got out of bed for the first time on Monday since his cardiac arrest, as his condition at the London Chest Hospital continues to improve, reported The Guardian.

“Over the last few days he has been able to take in more of the goodwill that globally he has been getting from people and the prayers and everything else,” Owen Coyle, the Bolton Wanderers team manager, told the Guardian. “He wanted to thank everybody for that support. We have to make sure we continue that but he is on his way to recovery.”