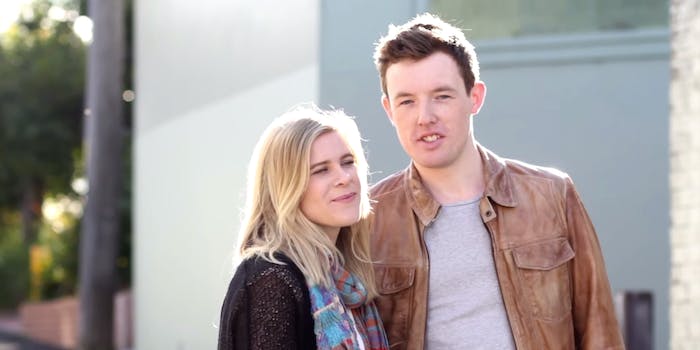 This movie theater proposal might be the most adorable yet

It's a very sweet gesture.

An Australian man created a scene out of a movie to propose to his girlfriend—in a movie theater.

Liam Cooper and his girlfriend Amy had been dating since high school, so when he decided to ask her to marry him, he knew he wanted to do something special.

With the help of their friends and a movie theater, they went to see what was supposed to be a normal show before he made an excuse to use the bathroom. Then he showed her a homemade music video to Magic’s “Rude” starring Cooper himself. It’s cute and cheesy, just like any viral proposal should be. And it’s not rude at all.