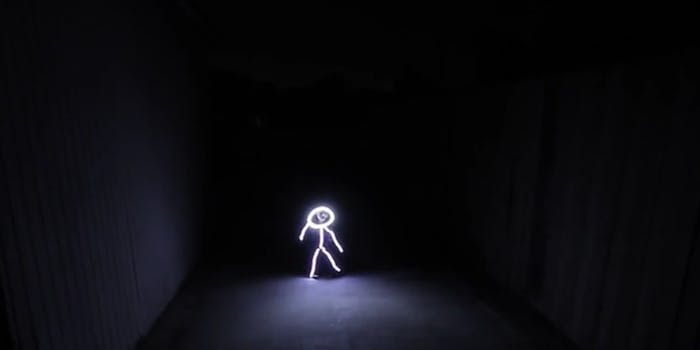 This toddler’s Halloween costume really lights up a room

These parents did Halloween right.

There have been quite a few unique and meme-based Halloween costume ideas this year, as well as the usual plague of “sexy” and greviously offensive costumes. Still, it can be hard for parents to come up with creative costumes for their kids. So let’s give the parents of 22-month-old Zoey a hand.

The girl’s father, Royce Hutain, has been working on a series of stick-figure suits for snowboarders, so he created a miniature version for her, made of out LED lighting and Velcro. This short clip shows it in action. Even better than the image of a tiny person running down a dark hallway in a light-up stick-figure costume might be the father’s snort-laugh as he realizes just how ridiculous his baby Tron looks.

Here’s a GIF of the child, for good measure:

Hopefully this becomes its own meme in time for Halloween. You should also definitely watch a clip of Zoey’s CSI impression.