“We literally said to each other, ‘If I really hated you, the worst thing you could do is play Lee Sin.’ And that’s what she did!”

Video games can make people do some crazy things, but what this League of Legends (LoL) gamer did to his girlfriend is a new flavor of depravity. And it happened because she chose to play as a character he didn’t like.

The story begins with gamer XJ9, a polarizing figure around Reddit’s LoL community. He’s been described as a “a very skilled League of Legends player who could be pro if not for his emotional problems.” He’s been sought after for his gaming tips and has been called one of the best skill players around.

In an interview with League 5 on Sept. 11, XJ9 admitted to hacking his ex-girlfriend’s LoL account. While logged in, he says, he “purposefully lost five games in a row to spite her.” Five games may sound insignificant, but they mean a great deal in the League’s 32 million–strong community. Like other multiplayer battle-arena-type games, a gamer’s rank is determined by wins and losses. The higher rank a gamer has, the better chance he or she has of going pro and entering tournaments where prizes can total $1 million.

XJ9 was ultimately banned by Riot Games, the creator of LoL, and Twitch, a livestreaming service focused around gaming.

“What I did wasn’t right,” XJ9 stated. “I was drunk with depression and stress, my mind was completely asunder. I acted rash. That’s not who I am. I beg of the community and of Riot to give me one last chance. I wholeheartedly apologize for my actions. I apologize to my fans for not being the role model I should have been. I just want to come back into the game and be a different person.”

Sometime over the next three weeks, he found his current girlfriend, Sarah, playing as the LoL character Lee Sin, one he hated because he felt it gave players an unfair advantage in battle. To get back at her, XJ9 posted nude photos of her on his public Facebook page.

Revenge porn—posting graphic images of others online without their consent—is not illegal in most U.S. states. California recently signed a bill outlawing the act (although activists argue that it fails to protect most revenge-porn victims) and New Jersey has a related law that makes posting secretly recorded photos or videos a felony.

This confrontation was recorded on video Wednesday. You can hear XJ9 trying to justify why he released the photos: “We literally said to each other, ‘If I really hated you, the worst thing you could do is play Lee Sin.’ And that’s what she did!”

The video below is the first of four recorded while Destiny was playing a game of Starcraft 2 and talking to XJ9 on Skype. At about 5:30 is when XJ9 begins to explain his logic.

“If you listened to the youtube videos you would realize how messed up xj9 really is,” wrote one anonymous user on 4chan’s random imageboard /b/. “I’m not using autism as a means of saying he is dumb, I’m calling him a genuinely messed up person with autism or aspergers or some crazy sociopathological disorder.”

Sarah has since broken up with XJ9. He has not taken it well. 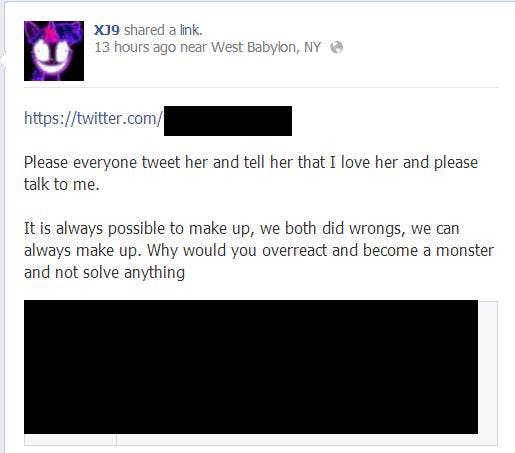 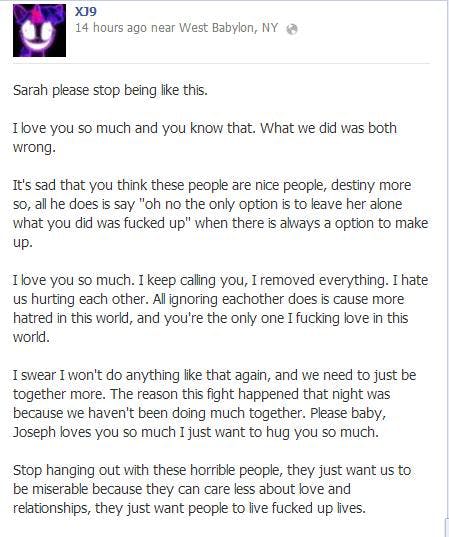 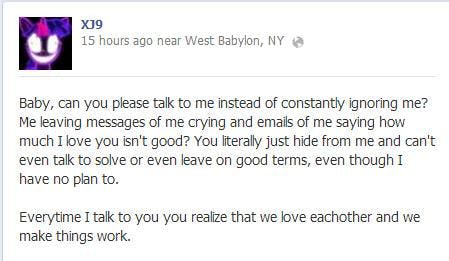 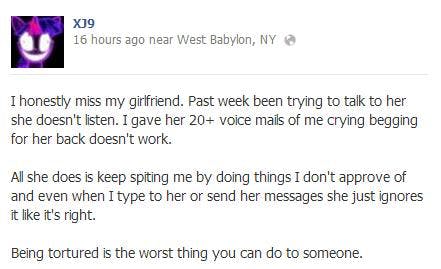 “Man XJ9… I used to respect you so much for your jungle skills man, but this… I can’t believe what you did today,” Tristan Goddard wrote in response to one of his messages. “Man, you need some serious help.”

Reddit shadowbanned one of XJ9’s usernames, JennyXJ9, in which he pretended to be a girl. The account is technically active, but his activity is invisible.

Photo via League of Legends