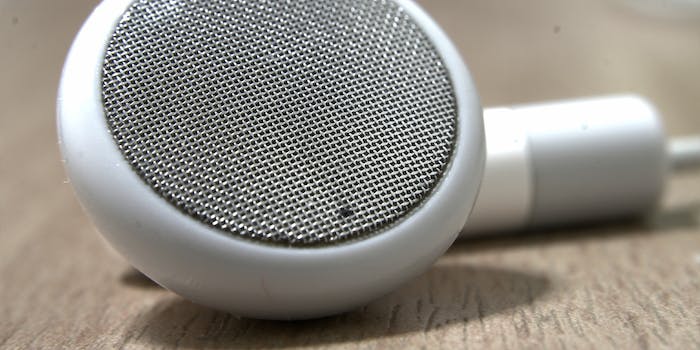 Nothing is more liberating than commiserating with a close friend about inner turmoil and personal struggles. Such discussions might focus on situational life events—breakups, unemployment—or they can reach deeper into one’s psyche and address depression, anxiety, and other mental illnesses. Discussing the latter is incredibly brave, but disclosure is often difficult, leading many to remain silent.

Given that one in five adults in the U.S. live with a mental illness, feelings of debilitating depression, panic, and isolation are hardly uncommon, but stigma often gets in the way of honest dialogue. This is why emotionally honest conversations with trusted confidants are so valuable —and why podcasts like the League of Awkward Unicorns are necessary to expand the conversation and bring it to people who may not have a listening ear at the ready.

Writer Alice Bradley and media technologist and speaker Deanna Zandt launched the League of Awkward Unicorns in November. Bradley and Zandt have been close friends for several years, and both have been diagnosed with depression and anxiety disorders (social anxiety and obsessive-compulsive disorder, respectively). They see the League of Awkward Unicorns as a way to bring their pragmatic, comical, and empathetic sensibilities to the mental illness discussion.

“I think both of us felt like there is a huge gap in mainstream culture when it comes to talking about mental health,” Zandt explained in an email to the Daily Dot. “It’s either something Very Serious, or the butt of a joke. We wanted to open up some space in between.”

That space between is apparent upon listening to an episode. Bradley and Zandt do not take themselves overly seriously—they joke openly about their technical fumbles and newness to the world of podcasting—while simultaneously taking the topics of depressive episodes, medication, and stigma with the seriousness that they deserve.

“There’s something comforting about hearing people interact authentically, even if the topic isn’t related to mental health.”

The League of Awkward Unicorns isn’t only the name of a podcast; since 2014, it has been Zandt’s beacon of hope and solidarity for anyone struggling with mental illness. She told the Daily Dot that once she began speaking publicly about her experiences with depression, people of all genders, ages, and ethnicities would approach her in an effort to connect and “dive deeper into this topic that has so much stigma attached to it.”

“It felt like we were forming a little club along the way,” Zandt recalled. “And that we were fumbling our way through, but that we were each finding our own magic.”

Before long, Zandt designed the logo and sold T-shirts and stickers so that fellow awkward unicorns could proudly identify themselves. But it wasn’t until she and Bradley teamed up for the podcast that the concept congealed into something tangible. “[The League] had been waiting for a home and it found it here in our podcast,” Zandt explained.

The hosts are also enthusiastic about including fellow unicorns on future broadcasts. Upcoming episodes will include guest interviews, and though she and Zandt weren’t at liberty to divulge the specifics, Bradley shared that a couple of her “dream guests” are already lined up. Listeners also have the opportunity to speak on the show, via voicemail. Fans are invited to call 774-47-UNICO and leave messages with their questions, comments, and concerns that they wish to hear discussed. There’s no requirement to include personal identifying information in the messages, and Bradley and Zandt promise that they will not pick up the phone when listeners call. “We’re still working on people’s phone anxieties,” said Bradley.

The guests and listener voicemails are poised to become a central aspect of the League of Awkward Unicorn’s identity as a podcast. Though Bradley and Zandt’s chemistry is seamless, it’s critical to them that theirs are not the only voices heard. “From the beginning, we talked about incorporating our audience’s voices into the show,” Bradley explained. “We want to this to be a conversation!”

The conversational nature of podcasts is particularly conducive to supporting individuals who live with mental illnesses. In an article for Slate last year, Whitney Matheson argued that the accessibility and intimacy of podcasts “can foster deep bonds between creators and listeners.” Such aural bonds can be a lifeline for people who struggle with social interactions or whose illnesses prevent them from feeling connected to others, and Matheson cites Marc Maron’s WTF and Paul Gilmartin’s Mental Illness Happy Hour as being particularly rich with emotionally honest conversations.

Experts believe that the positive effects of this open and accessible dialogue about mental illness are numerous.

Bradley, who is also a fan of Gilmartin’s podcast, agrees with Matheson’s assessment. She told the Daily Dot that podcasts have comforted her during her own periods of isolation. “There’s something comforting about hearing people interact authentically, even if the topic isn’t related to mental health,” she shared.

The intimacy of podcasts can also allow for honest discussions about depression, anxiety, and other illnesses, leading hosts, guests, and listeners alike to feel safe opening up about their experiences. Experts believe that the positive effects of this open and accessible dialogue about mental illness are numerous.

“Anything you can do to encourage empathy for people’s experiences is important,” said Katrina Gay, the National Director of Communications for the National Alliance on Mental Illness told the Daily Dot. She added that she’s noticing a “tipping point” on mental illness and that “people are much more open about it than there used to be.” She credits this tipping point on an increase in positive and realistic portrayals of people with mental illnesses in the media (such as 2012’s Oscar-winning Silver Linings Playbook), as well as honest discussions in the media about the real lives and experiences of people with mental illnesses.

“[The conversation] shifted when Robin Williams died,” Gay continued. “When that happened, people realized that someone can be hurting so badly and turn that violence inward. Since then, I’ve noticed a shift, and it’s improving. But I think we still have a long way to go.”

With the League of Awkward Unicorns, Bradley and Zandt are doing their part to further the dialogue in a positive direction. They have already begun to receive private messages expressing gratitude, and they look forward to growing their community of unicorns so that everyone— the hosts and fans alike—can feel a little less isolated.

“More than anything, I hope we help people who are suffering feel less alone,” Bradley shared. And they don’t have to be struggling with mental illness, necessarily. Everyone goes through rough patches, right? If they don’t, I’d be very suspicious of them.”