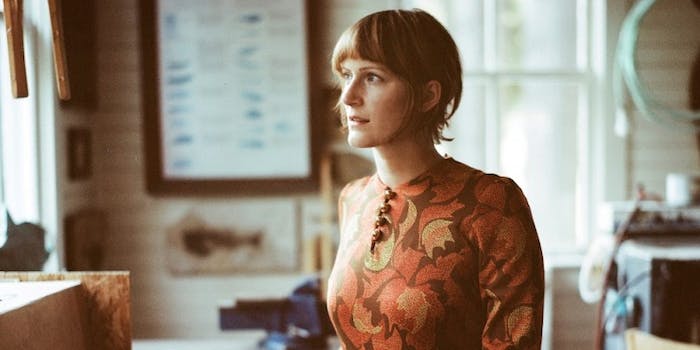 The Internet is rushing to support a singer/songwriter who lived in the East Village building that collapsed.

At least 19 people were injured and two people are missing after a building collapsed and blew up in New York City’s East Village yesterday. Rising musician Laura Gibson, who called that block home, managed to escape her apartment to avoid injury. But she lost all of her earthly possessions in the process.

Here’s what the scene of the disaster looks like this afternoon:

The morning after. 6 people unaccounted for, 3 buildings completely collapsed. Risked likely arrest to get this pic. pic.twitter.com/tuMeDF3qPp

Gibson’s musical instruments were lost in the wreckage, and now the Internet is rallying to raise $10,000 to help get her back on her feet.

Her GoFundMe campaign has raised $2,000 in just two hours: 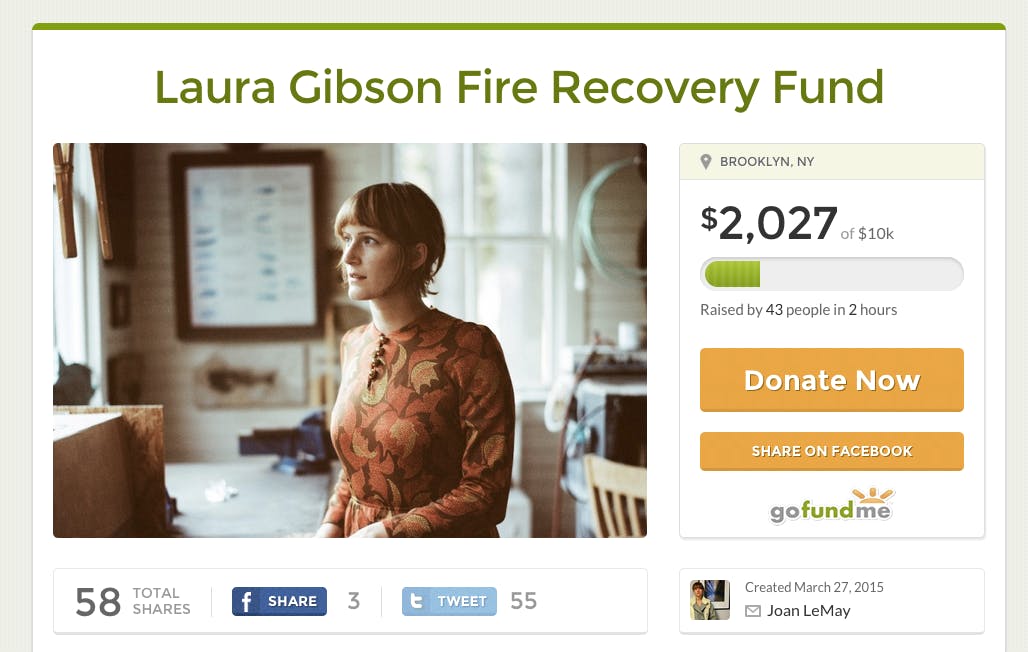 [B]esides needing to find a new place to live, Laura needs to replace all of her belongings–including lost musical equipment (she is in the middle of making an incredible new record) and items necessary for continuing her grad school work at Hunter College.

If you want to lend a hand to one of the people directly affected by the building collapse, here’s your chance. Contributions to the singer-songwriter can be made right here.