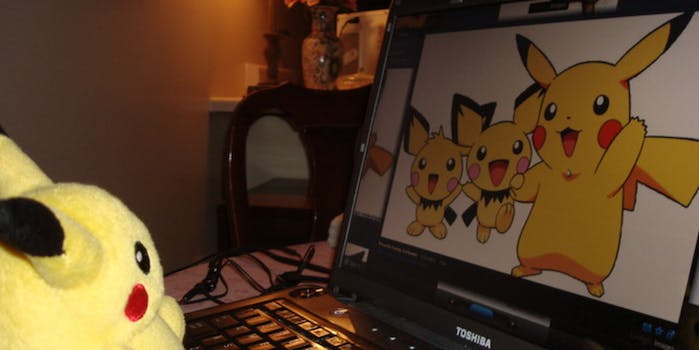 Bolivia searched for Pokémon sex more than any other country, with Peru, Chile, Guatemala, and El Salvador rounding out the top five.

Why are so many people searching for Pokémon sex scenes? That’s easy: The network of tube sites saw an extreme and sudden spike in searches after the July 6 release of the Pokémon Go app. Searches for Poképorn hit a peak on Monday, with a 136 percent increase in hits.

Taking the Pokémon Go searches from the streets to the sheets became so popular in the five days since the game’s release that sex seekers coined the phrase ‘Pokémon Go and Blow,’ immediately replacing Netflix and Chill.

Of course, none of this solves the mystery of why Latin American countries are so obsessed with Pokémon sex.