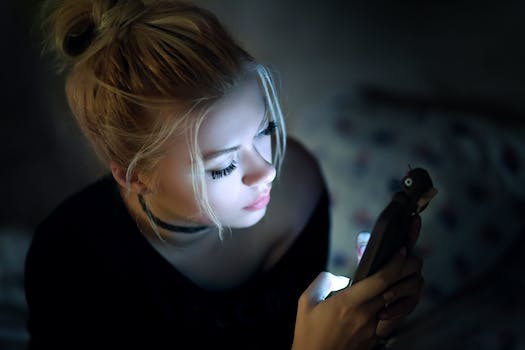 It may have already happened to you.

Turns out there’s something else to worry about when it comes to online dating — kittenfishing. It sounds made up, but it’s definitely a real thing that you’ve probably experienced, but the dating app Hinge finally put a name to it. What is kittenfishing? Just think of it as catfishing-light.

If catfishing is pretending to be a totally different person when you’re talking online, then kittenfishing is trying so hard to put yourself in the best light that you come across as a different person that you are. Maybe it’s intentional — like lying about your height or your age — or maybe you’re just trying so hard to impress that you accidentally misrepresent yourself. It happens all the damn time. I once went out with a guy who I thought was really down to earth — he implied he had grown up on a farm and we spoke about horses, he was in a bluegrass band, he wore a sh*t ton of plaid. But when I met him, he was the snobbiest person I had ever met. Now, it wasn’t that he had lied, everything he said was true, except for the fact that the ‘farm’ was more like ‘the entire compound from Downton Abbey‘. But he had emphasized one part of his personality, the part he sensed would appeal to me, to the point where it was like a different person than he actually was.

“As if catfishing wasn’t bad enough, people who are actually trying to find dates or love through online dating sites have to be concerned about people kittenfishing them,” Nikki Leigh, love coach and host of Ready for Love Radio, tells Bustle. “We have to wonder if people think this is harmless or if people do it intentionally. Maybe they see it like a little white lie. They may figure they’ll shave a few (or more) years off their age to make themselves seem more attractive to grab a person’s attention. Or they may post a picture when they were thinner, so they can get more attention in the beginning. It’s sad they don’t realize that they aren’t doing themselves any favors and they are actually hurting their own chances if they are really looking for a date or love and they are hurting other people.”

My favorite form of kittenfishing is when men pretend to not be assholes on apps and then reveal their true selves when you finally meet.

Often it’s not what the person is lying about, but the insecurities behind the lie or act of lying itself that people take an issue with. “My date listed himself as three inches taller than he was,” said one respondent. “I’m fine with short guys, and wasn’t upset. That said, I think his insecurities were part of why things didn’t work out.” And you can see why. If someone feels the need to try to put themselves in such a good light that they lose touch with reality, it’s going to create some problems.

The sad part is that part of the problem comes from the competitive view we have from dating — and our own insecurities that then are exposed. “For starters, dating is a competitive sport — and we feel the pinch,” relationship coach and founder of Maze of Love, Chris Armstrong, tells Bustle. “So, we resort to embellishment. We do what we need to gain an edge. Second to this, we believe it is harmless and that our charm and wit will win out in the end. ‘I know I’m not really 6’2 but she’ll love my sense of humor.’ Lastly, we lack confidence. We perceive and believe that if we show the real us, we will get little to no ‘bites’. It becomes a vicious cycle really — imagine having low confidence and being in a competitive dating world. Not only are you not high on yourself but you also worry that others will steal your future wife or husband.”

Hinge is trying to combat this by introducing video to their profiles, which I think is a great idea. If you can see a video of someone, you immediately get a far better feel for them than just through messaging. Ultimately, we need more things that stop us from messaging for weeks only to realize we don’t like someone within two seconds of meeting them IRL. Features that give us a more realistic impression can save us so much time.

So when you’re filling out a dating app profile or chatting, it’s best to be as open as possible. It’s fine to want to put yourself in the best light possible — but make sure it still seems like you. Kittenfishing ultimately just wastes everyone’s time.