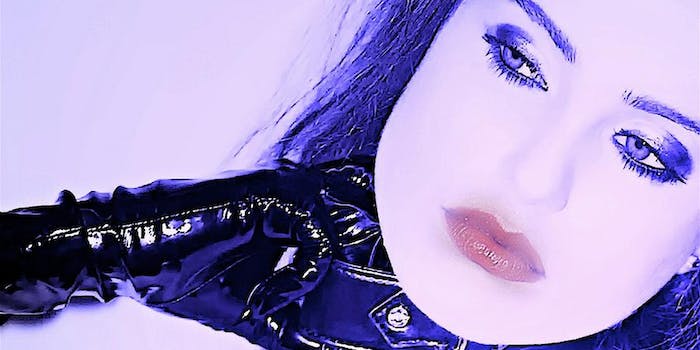 What are the kinkiest countries in the world?

The Tinder of the kink community breaks it down for you.

If you’ve ever been curious about which country’s citizens enjoy a good spanking the most, today is your lucky day. Whiplr, the Tinder-like app for the kink community, released a study that reveals some surprising statistics about its many users across the globe — including the dirty details about the most preferred kinks in each country.

Since its February launch, Whiplr has been downloaded by over 120,000 users. Based on the number of Whiplr users in April 2015, the study revealed the top ten kinkiest countries in the world. The U.S. takes the top spot, followed by the U.K., Canada, Italy, the Netherlands, Germany, Brazil, Greece, Australia, and France.

Daniel Sevitt, the app’s Chief Communications Officer, said he was shocked by the vast number of Whiplr users across the globe, particularly in the holy Vatican City.

“The most surprising stat was the sheer number of users in or around the Vatican specifically and in non-English speaking countries in general,” he told the Daily Dot via email. “We haven’t translated the app so far into any language other than English, but it seems there are some forms of communication that defy language barriers.”

Also fitting is the notoriously fashion-forward Italy’s preference for shopping-related fetishes, like bondage wear or other kinky accessories. Vatican City, home to the Pope, has the second-highest number of Whiplr users in Italy, though there’s no way to tell if any members of the clergy are included in that statistic. (Our guess? Probably not.)

France and Greece, however,  were a bit more shy about their kinks than the other top ten nations. Greeks said they preferred to experiment in the comfort of their own home rather than at clubs or parties, while 85 percent of French users said they were “just curious” about kink.

Despite the numerous obstacles sex tech startups have faced, Sevitt says he anticipates even more growth for Whiplr in 2015. “We are continuing to experience huge organic growth for Whiplr all over the globe,” he said. “Our next challenge is to reach critical mass in a number of key kinky cities so that both the kink committed and the kink curious can find potential play partners both close by and further afield.”

Here’s hoping that someday all people can be united in kink, which will surely promote world peace (or, at the very least, acceptance and understanding for all kinds of sexual preferences).

Photo via Julian Povey/Flickr (CC BY 2.0)