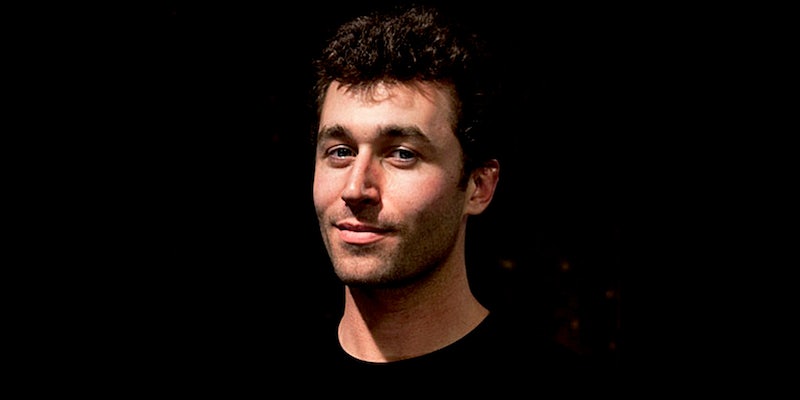 'Consent is inviolable, on-set or off.'

The new rules, which are posted on Kink’s site, replace the original model bill of rights. Kink.com spokesperson Mike Stabile told the Daily Dot in an email interview that “consent has always been the cornerstone of our business.” He continued:

“But our original [model bill of] rights was focused primarily on on-set interactions, and we want to expand it to behavior off-set. We also wanted to give performers multiple avenues for reporting incidents and to let them know that we encourage reporting.”

The company also announced a list of Model Expected Behavior Guidelines, which will soon be on their site (and are posted at Vocativ). These include statements such as “Consent is inviolable, on-set or off. On-set consent is not off-set consent. We do not tolerate any unwanted sexual conduct toward other models, employees, visitors, or contractors in the Armory. Remember, only yes means yes.”

According to Stabile, some of the biggest changes with these new rules have been establishing affirmative consent for all interactions happening with Kink.com’s properties, whether on-set or off-set, stressing the importance of reporting, providing multiple confidential avenues to report incidents, and offering performers the option of private showers/bathrooms and an escort.

Stabile said that the guidelines, which are effective immediately, were prompted in part by the stories of women who brought their claims of abuse public last year. Other guidelines “were already policy, but weren’t codified or stressed to models in the document,” Stabile explained. “Still others came from more generalized discussions of commerce and consent on adult sets.”

Kink.com ‘sold me on working with them’

One Kink.com performer is pleased with the company’s efforts. Andre Shakti is a 27-year-old performer who has shot between two and six scenes per year for various Kink.com sites over the last four years. She told the Daily Dot that almost all of the terms in the model guidelines were ones that she was familiar with from the paperwork she has signed before working for the company. “These are definitely things that when you go into the talent office, even if it’s your first day, these are on the paperwork they give you to review,” she explained.

Shakti said she’s always been asked what her safeword is and provided the house safeword, sex toys have been sanitized before and after use, she’s never been pressured not to use a condom, she received a pro-rated payment for a shoot that was cancelled partway through when news broke of positive HIV tests by performers (Shakti is a condom-only performer), and she has always had access to her shooting partners’ STI tests.

In fact, one of the things that impressed Shakti following one of her earliest shoots was how Kink handled a health problem related to Shakti’s work for them. After contracting a communicable skin disease from a performer who had told Shakti her rash wasn’t something she should be concerned with, Shakti called Kink’s talent department. She said “even though they didn’t know me from Adam, they went above and beyond,” including paying for medical expenses for Shakti and her partner, and stripping, sanitizing, and temporarily shutting down the set where she’d contracted the skin disease. “The way they handled it automatically when I was almost a stranger to them sold me on working with them,” she said.

For example, Shakti recounted a 2013 scene she shot for the Kink site Public Disgrace, with her as a top (dominant) along with a male top, and performer Zoey Monroe as a female submissive:

“We did a scene where we took her to a party supply store. We were doing a sploshing food fetish scene. We were filling these water balloons with pudding and throwing pudding filled water balloons at her.

The idea was that all these ‘bystanders’ were egging us on and reaching out and groping her and yelling things at her; that was the vibe of the set. She wasn’t told before she got on set by her agent that all the other people on the set, aside from myself and the male top, were not paid performers. They were Craigslist extras.”

Because Monroe wasn’t comfortable with being touched by anyone other than the two tops and the director, the scene was improvised “to make it still look like she was still getting harassed by the crowd without actually touching her.” Shakti said “that was obviously something her agent should have communicated to her but he never mentioned it and he just sent her in.”

Kink.com cannot necessarily control what information performers are given by their agents, of course. But the clarified rules do emphasize performer consent and staff accessibility both before and after shoots.

Shakti said she’s never had consent violated while shooting with Kink.com and her her only issue while working with them was regarding choice of performer. During a tag team shoot last year for sexual wrestling site UltimateSurrender.com, she explained:

“I showed up for work and the models that I had been told I was wrestling were not the ones that showed up to wrestle me. When I brought it up to the director she said that she didn’t have any control over that and if I wasn’t comfortable with getting a crapshoot of wrestling partners, that she wouldn’t book me.”

To minimize injury, Shakti said wrestlers generally wrestle those in the same height and weight class—she was concerned because the performers “were vastly larger than I was.”

‘The performer is in control’

When asked how Kink.com created the guidelines, Stabile explained that the company sought input from its own performers. “We took the stories of the performers who came forward last month, as well as some who spoke with us privately, and tried to figure out how we could have prevented them,” he explained. “We’re now putting together a performer group to add additional input to both these rights and the shooting guidelines. Ideally, we’d have all of this done at once, but we didn’t want it to hold up getting at least these protections in place.”

Kink.com would handle reports by performers on a case-by-case basis, depending on the specifics of the complaint, how it was made, and the performer’s wishes as to how it should be handled, Stabile said. He explained further:

“If it’s something like sexual assault, we’d need to deal with both internally as well as with law enforcement. Others, like harassment, might be dealt by human resources, as it would with at a non-adult company, and investigated. But performers might simply ask for someone to be put on their ‘no list,’ meaning they don’t want to shoot with them. We don’t always know what’s behind it, and we don’t ask. It can be as minor as cologne or bad breath, or it could be something more serious. The most important part for us is that the performer is in control of both the conversation and the outcome.”

Stabile stressed that these new rules are one step in a “much larger” process and that additional updates, including their shooting guidelines, will be announced in coming weeks. “We want these be living documents that change based on feedback from directors and performers,” he said.