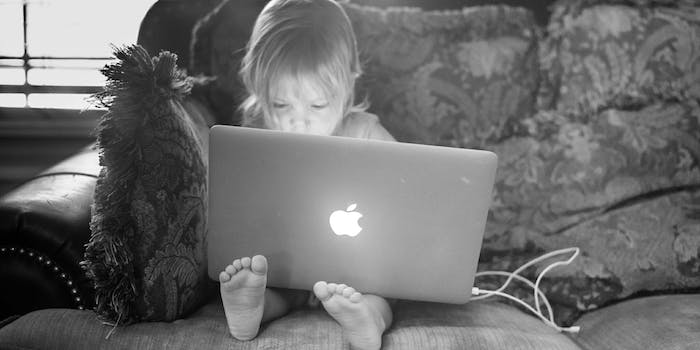 Sometimes 'Baby Shark' is less about the kids, and more about a three-minute parental breather.

When my twins were only a few months old, I’d take great care to make sure they weren’t placed in front of a screen.

If I had to fold laundry—seemingly an hourly occurrence with two babies who made it their mission to have a poop blowout on every piece of clothing they owned—I rotated their heads away from the flat screen while I multi-tasked. If I was feeding them from a bottle, I’d make sure to keep my phone-scrolling out of their range of vision.

My wife and I didn’t want to give them any screen time before they were 2 years old. That was the recommendation from the American Academy of Pediatrics (AAP) at the time, and we took that recommendation seriously. But when they turned 3, our rigidity softened.

Maybe we’d let them watch Sesame Street for an extra half-hour if I needed just a few more minutes to cat-nap. If I had to finish writing a story for work, maybe it wasn’t such a bad idea to let Kermit, Miss Piggy, and Gonzo entertain them for a while longer. If we were on a plane trip and I just needed to get them (and all 150 other people on the aircraft) through the experience, maybe I’d let them do whatever the hell they wanted on the iPad.

It didn’t take me long to realize that while recommendations and trying to stick to them are wonderful parental goals, NOT sticking to them every once in a while was recommended to keep my sanity.

That’s something to keep in mind now that the World Health Organization (WHO) has given their guidance for the first time when it comes to little kids and their screen time. According to the Associated Press, the WHO says children under the age of 1 shouldn’t watch any screens and that kids under the age of 5 shouldn’t take in more than an hour per day (the AAP now says children younger than 18 months should avoid screen time and children between the ages of 2-5 should get no more than hour of “high-quality programs”).

That’s not a bad guideline, of course. Kids need to play and paint on the easel and build with their Lego bricks. Parents should be mindful of what their children are doing and they should always have arts and crafts ideas on hand and they should certainly never check Facebook and Instagram on their phones while engaged with their child. Of course, your young children should watch only PBS for the educational content.

But come on. That’s not real life. We’re not perfect, and parents shouldn’t feel like they need to be all the time. Yes, your toddlers shouldn’t be in front of the TV for hours on end. But goddammit, sometimes they HAVE to be. If only for your sanity, your exhaustion, and your ability to run the household.

To be fair, there is plenty of data suggesting that a child’s development (including communication and motor skills) is negatively affected by too much screen time and that children are at a greater risk for obesity. To completely ignore those findings is irresponsible.

But as writer Laura Turner points out, these guidelines are classist. They’re much easier to achieve if you are wealthy and can keep one parent at home full time or hire a nanny or someone to help out with household chores, while a lower-income family has to focus more of its attention on keeping the lights on rather than what YouTube videos their children are watching in the next room.

Rich or poor, you do what you have to do to get through the day. Sometimes the TV has to be a temporary babysitter. That’s the secret parents will admit to each other but not to the rest of the world.

Yes, I try not to be judgmental as a parent. We almost never gave the kids our phones when we were eating at a restaurant, but if your child needs a dose of Doc McStuffins to go with their buttered noodles and for you to have an enjoyable meal with your spouse, have at it. If my kids need to watch back-to-back movies when they’re ill, then that’s what’ll happen.

We try to be the best parents we can be. But sometimes we fail. Just this week my son bashed his skull on the underside of the refrigerator door that I callously left open while he was playing with the dog. And right now, I’m looking at the laundry basket filled with folded clothes that I told my daughter to put away three nights ago (I never followed through).

My kids are 9 years old now, and we still try to limit their screen time to 60 minutes per day. Most of the time, that happens. Sometimes it doesn’t. Not when they’re asking to watch another show and water is boiling and the next day’s lunches need to be made and the dirty dishes are piling up and the floor is filled with crumbs and the wet laundry has been sitting there for three hours and … why hasn’t their damn homework been done yet?

Here’s my parental recommendation: Do your best to limit your kids’ screen time. An hour or less per day is great. But sometimes that’s impossible. And that’s OK, too.

Sometimes, you need a screen—just so you just can take a fucking nap.