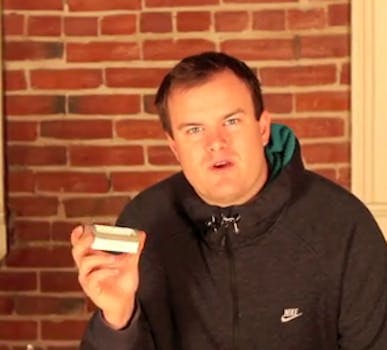 Thanks a million: Kickstarter passes a new milestone, twice

One small Elevation Dock for the iPhone, one giant leap for Kickstarter.

Kickstarter made history on Thursday—twice.

The two campaigns are similar in terms off attention received and funds raised, but that’s where the comparisons end.

Schaefer’s campaign—one focused on a project with a clear beginning, middle, and end—falls in line with Kickstarter’s focus on creative projects. And while that sect of the community is still going strong (David Carr of The New York Times reported in January that 10% of all films accepted into the Sundance Film Festival were funded through Kickstarter), Hopkins’s distribution-oriented campaign is indicative of a new Kickstarter trend: projects designed to fund the development of sustainable businesses.

Travis Chock’s current Baseballism campaign is one example of a more business-minded campaign. Josh Milas and Alex Obenauer’s Mail-Pilot project is another.

No matter the motives, 1 million is certainly a large feat—bigger than any that Kickstarter had seen until yesterday. Maybe that’s why media experts like O’Reilly Media CEO Tim O’Reilly are starting to sing the praises of Kickstarter in ways usually reserved for companies like Apple, Facebook, and Google.

“Seems to me that Kickstarter is the most important tech company since Facebook,” O’Reilly tweeted yesterday. “Maybe more important in the long run.”

Such a claim was backed up by follower @Vladiim, who replied to O’Reilly by writing “I’d say that fueling a plethora of global innovation is more important than baby photos and brand pages.”

Photo of Casey Hopkins from Kickstarter