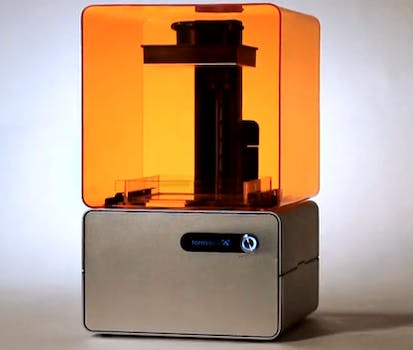 Formlabs' 3D printer raised nearly $3 million, but it may cause Kickstarter more grief than joy: The two companies are being sued for patent infringement.

When Formlabs’ fundraising project closed on Oct. 26, it became the most funded technology campaign in Kickstarter’s history. The Cambridge, Mass., company successfully raised $2,945,885 from 2,068 backers to build their Form 1 3D printer, far surpassing their initial goal of $100,000.

The project’s rampant success, however, may end up bringing Formlabs and Kickstarter more grief than joy. The two companies are currently being sued for patent infringement.

On Nov. 20, 3D Systems Corporation filed a lawsuit in the Federal District Court of South Carolina against Formlabs and Kickstarter.

“3D Systems invented and pioneered the 3D printing technology of stereolithography and has many active patents covering various aspects of the stereolithography process,” stated Andrew Johnson, lawyer for 3D systems. “Although Formlabs has publicly stated that certain patents have expired, 3D Systems believes the Form 1 3D printer infringes at least one of our patents, and we intend to enforce our patent rights.”

OK, sure. If Formlabs did use one of your patents, it makes sense to file a suit against them. But what is Kickstarter’s involvement?

According to court documents, 3D Systems is placing at least some culpability on the crowdfunding site because they have offered to sell and sold Form 1 RD printers on its site.

“Upon information and belief, Kickstarter, by its offers to sell and sales of Form 1 3D printers, and as an agent for Formlabs, has actively induced infringement of and/or has contributorily infringed these at least claims 1 and 23 of the 520 Patent, which infringement is ongoing.”

3D Systems’ decision to also sue Kickstarter seems to be based on the former’s belief that the crowdsourcing site is a vendor, something Kickstarter has refuted, most recently in a blog post entitled “Kickstarter Is Not a Store.”

That last point will be for the federal courts to decide.