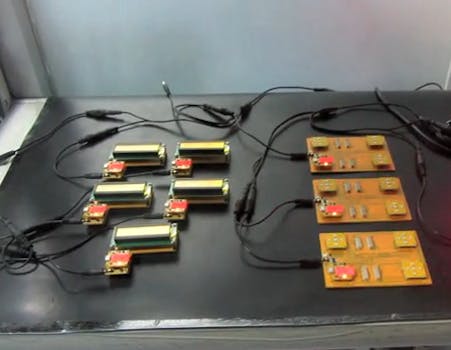 It's Arduino vs. smARtDUINO in the latest battle over a Kickstarter project.

Once again, Kickstarter has found itself in the middle of a feud between two separate companies.

Last week, the crowdfunding site was listed as a defendant in a patent infringement lawsuit. This time around, it’s involved in a dispute over a trademark.

On Monday, Massimo Banzi, co-creator and founder of the Arduino open-source single-board microcontroller, wrote a very blistering blog post accusing a company that successfully raised $157,571 on Kickstarter of using the Arduino name to mislead its backers.

The company in question—smARtDUINO—and its general manager, Dimitri Albino, claim that their single-board microcontroller was built by Arduino’s manufacturer, something Banzi is offended by. As he wrote in the blog:

“Nobody had ever heard of him, then a long search started that ended with the realisation that he hired two factory workers who used to work for one of the many suppliers that our manufacturing partner users.

So according to them, if I hire two factory workers from Ford I can claim I used to manufacture Ford cars…”

It gets worse. Banzi goes on to try to disparage Albino’s character:

“Based on the current available information, it seems that the company that owns the domain (Aldi Technology) doesn’t exist and the person who launched the kickstarter, who claims to be living in Italy (Mr. Dimitri Albino), actually moved to china years ago.

“Italian speakers will find some old forum messages linking this person to some dubious activity.”

According to LinkedIn, Albino currently resides in Shanghai, China.

Banzi also has unkind words for the crowdsourcing site, which he feels should have done more to protect Arduino’s name. When he emailed Kickstarter, they responded by telling him to take it up with Albino, the project’s creator. Banzi found this answer to be unsatisfactory.

“Well I don’t think Kickstarter can remove themselves from the picture, they are not a charity, they make money out of what they do. They should protect their users by better vetting who wants to be funded and by making it easier to raise issues about individual kicstarters [sic].”

The Daily Dot reached out to Kickstarter for comment but has yet to receive a response.

For his— and smARtDUINO’s—part, Albino maintains no wrongdoing and has defended himself and his company in the comments section of Banzi’s post on multiple occasions. In his own blog, Albino also points to a 2010 photo post written by former Wired editor-in-chief Chris Anderson that shows photographs of the old Arduino plant, including staffers who now work for Albino.
According to Wired, Arduino has sent Albino a cease-and-desist letter, demanding that he stop using the company’s name and that he relinquish the smartduino.com domain.

Albino has said he’ll refuse to do so.