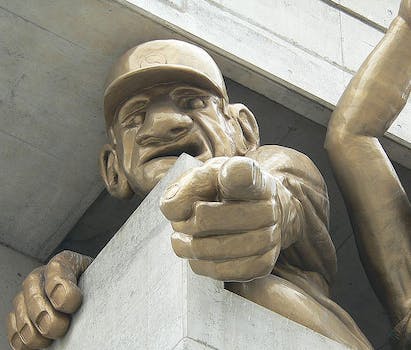 “Kickstarter is not a store”: Site launches accountability overhaul after a wild summer

After a series of high-profile funding controversies, Kickstarter yesterday announced a number of changes it hopes will lead to a more transparent and informed backing and creation process.

Kickstarter’s accountability issues have spent the summer growing in both number and scope. Scams and phony projects have risen en masse, with some individuals effectively making off with $344,000 in pledged money. In July, Appsblogger’s Jeanne Pi revealed that only 25 percent of Kickstarter’s tech and design projects actually deliver its promised rewards on time. Throughout, the site has made it clear that Kickstarter maintains no liability for any loss incurred relating to the rewards promised.

Not surprisingly, the site’s creators don’t want its users thinking that Kickstarter doubles as a traditional retail experience, but that’s turned out to be one of the side effects of massive growth.

In a blog entry posted Thursday, site cofounders Perry Chen, Yancer Strickler, and Charles Adler introduced “a number of changes to reinforce that Kickstarter isn’t a store—it’s a new way for creators and audiences to work together to make things.”

Or, in other words, “You’re backing an idea, not a sustainable business, people. Remember that not everybody is perfect.”

That’s essentially the original tenant of the massively popular crowdfunding site. The popular understanding of what Kickstarter is hasn’t quite meshed with the site’s original goals. Chen, Strickler, and Adler announced a twofold method to fix this understanding gap.

First, the site has introduced a new “Risks and Challenges” section in each campaign description, a place for project creators to address any hurdles the campaign may face and the qualifications they have “to overcome them.”

“We added the ‘Risks and Challenges’ section to reinforce that creators’ projects are in development,” the post read. “Before backing a project, people can judge both the creator’s ability to complete their project as promised and whether they feel the creator is being open and honest about the risks and challenges they face.”

Among them, Kickstarter now prohibits project creators from advertising a product simulation, or a limited-ability prototype for a product that they will develop when they receive enough backing.

The company has also prohibited the act of offering multiple quantities of a reward to backers, something that’s gotten popular of late as creators have enticed larger pledges by offering multiple copies of a product.

“The development of new products can be especially complex for creators and seductive to backers,” Kickstarter wrote. “Projects should be presented as they are. Over-promising leads to higher expectations for backers. The best rule of thumb: under-promise and over-deliver.”

While these changes won’t go so far as to make Kickstarter the most trusted source in on-time crowdfunding deliverables, it should do good work to promote the site’s “fund and follow creativity” ideal.