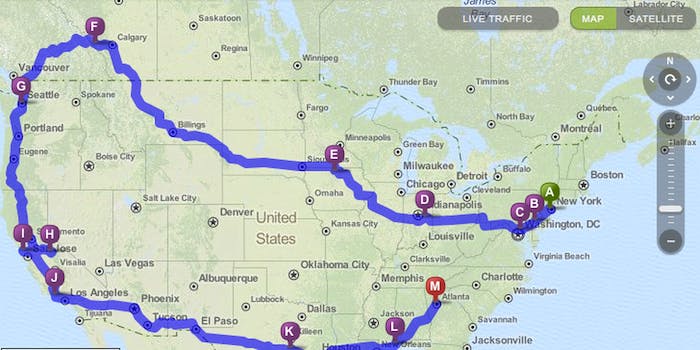 Want to visit Hipster Barista or the gym that inspired the meme Do You Even Lift? Pack your bags and let's go.

We love a good meme almost as much as we love a good road trip. So we thought we should combine the two to create the ultimate meme road trip. As summer comes to end, there’s still time to hit the road for one last vacation, and with some of the best mpg on the highway, Kia has both your budget and road trip comfort in mind, whether with the new Optima Hybrid, sleek and efficient Forte, or the totally transformed Kia Soul. Below we’ve mapped out a trip across North America to some of our favorite IRL locations associated with beloved memes of the past few years, so pack up the Kia and get exploring.

While it may be unlikely you’ll be lucky enough to catch a double rainbow in Yosemite, or even track down Ice Cold Water Man in Baltimore, Md., as with any good road trip, getting there is really half the fun. And who knows what new memes you might create or discover yourself along the way, especially when you’re traveling with these guys! Let us know what other classic locations should also be included as we meme our way across the U.S.

Why not start our road trip at the headquarters of the most consistent and prolific meme-makers on the Web? From their Brooklyn studio, the Gregory Brothers have created Auto-Tuned videos and songs about emerging memes that often turn local news interviews and inadvertently hilarious commentary into Web phenomenons. From the infamous “Bed Intruder Song,” which helped turn Antoine Dodson into an Internet celebrity, to “Oh My Dayum,” whose popularity landed Daymon Patterson a Travel Channel show called Best Daym Takeout, the Gregory Brothers are the kingmakers of memes.

Do you even lift? Although the mocking phrase had taken hold within the body-buidling community already, it skyrocketed to meme status thanks to the Iron Sport Gym in Glenolden, Pa. The incredulous look on gym cofounder Steve Pulcinella’s face in a 2011 ad became the signature DYEL calling card and broke the phrase into the mainstream. Stop by and pump some iron, but only if you’re prepared for serious lifting. 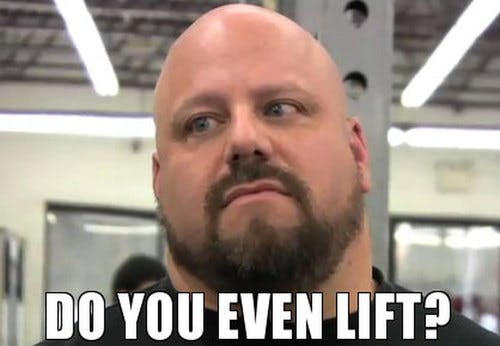 “I got that ice cold water, only one dollar!” Ice Cold Water Man gained Internet fame after Otakon 2011, when he set up shop and entertained fans in Baltimore. Showcasing his top-notch salesmanship, a video uploaded of the vendor became a sensation. If you can track him down in the city, you’ll get a free show with the refreshment.

After you fuel up your Kia, try to catch a basketball game at Ball State, if for no other reason than to yell the now infamous catchphrase, “Boom Goes the Dynamite!” Sure, the phrase may have been made in relation to an Indiana Pacers game, but credit goes to then-freshman Brian Collins for the assist with the delivery in this 2005 school sportscast. The most famous thing to come out of Muncie since Garfield!

Home to perhaps the oldest meme on our road trip, we can’t bypass Forest City, Iowa, where Jack Rebney became a sensation as Winnebago Man. Thanks to the 2009 documentary, Winnebago Man, the original 1988 outtakes of Rebney’s flaring temper were exhumed to popularity on the Web.

If you’ve brought your passport with you, take a detour up to Banff National Park in Alberta, Canada, to see if you can recreate the magic of Nuts the Squirrel. The wonderful 2009 photo taken by Melissa and Jackson Brandts may be the ultimate animal photobomb, and it spawned fan pages for the squirrel as the picture was shared around the Web. 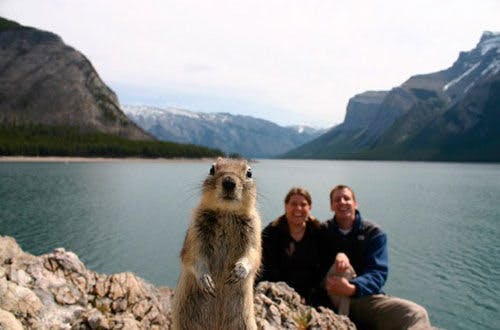 Pay homage to the company that has made a business from tracking and helping the Internet create memes. The Seattle headquarters of the Cheezburger empire is home to the valiant efforts of Know Your Meme, the Failblog, and of course, the classic I Can Haz Cheezburger. It’s the perfect place to stop for lunch—cheeseburgers, of course. 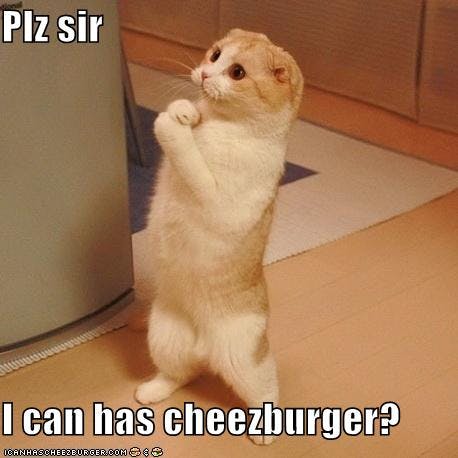 The beauty of Yosemite National Park manifests in myriad ways, but it may be best known on the Web thanks to Paul Vasquez’s 2010 video capturing a double rainbow and his enthusiastic response. Set against the backdrop of Sierra Nevada mountains, we agree it’s quite spectacular, but we’ll take any excuse to pull over for such a scenic stop on our road trip.

After the peace and quiet of Yosemite, might as well get your Kia tricked out with a set of “whistle tips” from Oakland’s M.C. Radiators & Welding. Bubb Rubb and Lil’ Sis became Internet famous after a 2003 local news segment on the noisy menace of whistle tips was uploaded to YouTube. Despite the concerns, you really can’t argue with Bubb Rubb’s logic: “It’s like an alarm clock!”

Could you create the ultimate meme road trip without stopping by Ojai Valley Taxidermy? NOPE! Chuck Testa and his taxidermy shop are responsible for one of our favorite commercials that the Web has graced with Internet applause. The 2011 video finally garnered attention when it was posted on Reddit, and we can only imagine has spurred an increase in business to Ojai shop.

It’s a long drive back across the southwest, so take a break and check back in on what you’ve missed online at the Daily Dot, the hometown newspaper of the World Wide Web. Tracking the latest Internet stories, the Dot will get you properly prepared for the final leg of the trip. Plus, Austin breakfast tacos!

Another gem from the local news, the Crichton Leprechaun comes from a 2006 broadcast of Mobile, Ala., residents excited by a supposed leprechaun that a haunts a tree in the neighborhood. While the crowds and myth have likely subsided by now, Foursquare puts the leprechaun tree at this location, and who knows—you just might get lucky and catch a glimpse.

As we close out the road trip with our return back east, we recommend stopping in for a coffee with the Hipster Barista. The popular Internet image was uploaded in 2011, capturing perfectly our love and disdain of contemporary coffee culture. Turns out, though, that Dustin Mattson is in fact an award-winning barista, and Atlanta’s trendy Octane Coffee, provides the perfect place to pick up a caffeine jolt to make the trip complete.