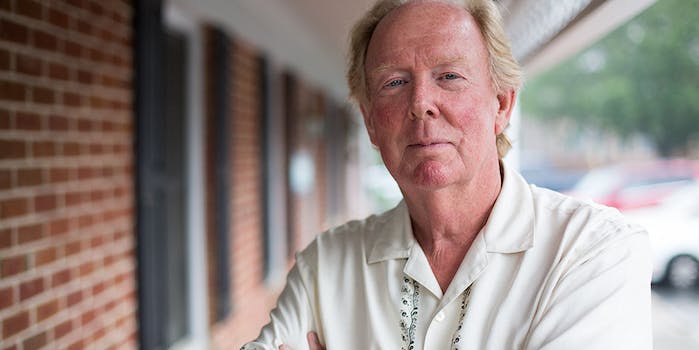 Why does Kentucky want to outlaw this advice columnist?

In Kentucky, there's a fine legal line that separates “writing an advice column” from “practicing medicine without a license.” Blogs are in a tizzy.

There’s a fine legal line that separates “writing an advice column” from “practicing medicine without a license.” This, at least, is according to the Kentucky Board of Examiners in Psychology, which wants syndicated parenting-advice columnist John Rosemond to “cease and desist” from publishing his column in the state on the grounds that Rosemond is actually engaging in unlicensed acts of psychology.

The psychology board also appeared to have the backing of Kentucky’s Office of the Attorney General—until yesterday, when state attorney general Jack Conway publicly disavowed any involvement with the issue.

It all started in early May, when Rosemond received a cease-and-desist letter (.pdf warning) on Kentucky Office Attorney General letterhead (and with Conway’s name and title in the signature), ordering Rosemond to stop publishing his column in Kentucky.

The letter, sent on behalf of Kentucky’s Board of Examiners in Psychology, complained that Rosemond, in his column, refers to himself as a “psychologist,” and he’s not allowed to call himself that in Kentucky because his psychology license comes from North Carolina.

So Rosemond countersued on free speech grounds, with backing from the Virginia-based Institute for Justice. Rosemond said that “The government can’t create a monopoly on parenting advice. Everyone has the right to give advice on how to raise children—and, as any parent can tell you, everyone does.”

Rosemond’s is not the first free-speech case the Institute for Justice has brought before the courts—nor is Kentucky the first state to think occupational licensing trumps free speech. Last year, a North Carolina blogger who credited the paleo diet with curing his diabetes faced four months in prison for practicing nutrition without a license. And earlier this year, a retired Texas veterinarian had his license suspended for giving online pet-care advice.

However, Rosemond’s case might be the first time a state has tried to impose occupational licensing demands not merely on a freelance blogger, but on a nationally syndicated newspaper columnist.

Last week, a federal judge declined Rosemond’s request for a restraining order against the psychology board—not because the judge agreed with the board, but on the grounds that such a restraining order was unnecessary since the board lacks the ability to cause any “immediate” or “irreparable” harm to Rosemond.

Then, on Monday, July 22—more than two and a half months after the initial May 7 cease-and-desist order against Rosemond—Kentucky’s Attorney General Jack Conway issued a .pdf press release to clear up some “misconceptions” about the story. Mainly, the misconception that AG Conway, whose name, title, and letterhead are all over that cease-and-desist order, was in any way involved with it. Conway blamed a mistake made by Brian T. Judy, another attorney working in the AG’s office:

“Mr. Rosemond … was sent a cease and desist letter by the Kentucky Board of Psychology. I did not write that letter, I did not authorize that letter and the letter was not sent on behalf of the Office of the Attorney General,” Conway said.

The press release goes on to explain:

Political bloggers in Kentucky are wondering why Conway waited so long to clarify the alleged misunderstanding. As Page One Kentucky pointed out, “Conway could have cleared things up days upon days ago but his staff were singing a different tune when the mess initially hit.”

Are the assistant attorney generals so incompetent as licensed attorneys that Conway has to personally hold their hand to make sure that they don’t use the wrong letter head paper?? … What about OAG legal opinions? Are they trustworthy?? Or is that an oopsie, wrong letterhead kind of thing we have to worry about in every single action that involves OAG?

As of press time it is far too early to tell how the courts will ultimately decide the case. In the meantime, the Kentucky-based Herald-Leader announced that “We will keep running Rosemond’s column. … The newspaper has published John Rosemond for at least 30 years and has no plans to stop running his column. Rosemond’s column appears every Tuesday in the Herald-Leader.”

Photo via Institute for Justice