Become right-swipe-worthy by following these 16 tips and tricks to choosing the perfect profile photos.

I’m a complete Tinder rookie. So unfamiliar am I with the world of dating apps that I initially believed Tinder was spelled without an e—Tindr, à la its same-sex equivalent, Grindr—because the English language is slowly being stripped of vowels in a time-saving and illiteracy-hiding effort on the part of today’s youth. But after I downloaded Tinder, I quickly learned the following: that it’s actually spelled with an E, and that it’s the answer to the wandering person’s casual need for free, mutually consenting sex.

I logged on to Tinder so I could help answer one of the most common questions Tinder’s estimated 22 to 24 million users have, which is what type of profile photo they should use. I realized I needed to download the app and start swiping myself so I could give educated advice in that regard. So I wrote a short bio—mostly a rant about the trend of cutting down words to the consonants, Grindr-style— and filled in my fiancé, Manuel, on my diabolical plan to work the Tinder crowd for purely journalistic purposes, and made him swear not to get mad if I flirted under false pretenses with unsuspecting Tinder users. With a clear Tinder profile and conscience, I began swiping.

I quickly realized that Tinder is tailor-made for the drunken male with his dick in his hand. Swipe left, and the profile picture of the person who fits your search restrictions disappears. Swipe right and the system alerts you as to whether that person has right-swiped your picture as well. A foolproof system, one might think—but how do you ensure that you capture the swiper’s attention?

1) Don’t muddle the situation with more faces than you actually plan on bringing to the party.

Because you have to sign onto Tinder through Facebook, I used my shell Facebook account to log on. (I have nothing to hide. I just find the whole culture of digital scrapbooking a little high maintenance. But I digress.) My picture on my Tinder account became, by default, my Facebook picture, which was pretty much useless, as my profile picture has two people in it. Which one am I? Other Tinder users may not be happy with the answer, or for being faced with the question in the first place. So I changed my profile image to a photo that had one face in it, and that face was mine. TLDR: Keep things simple. Use a solo shot. 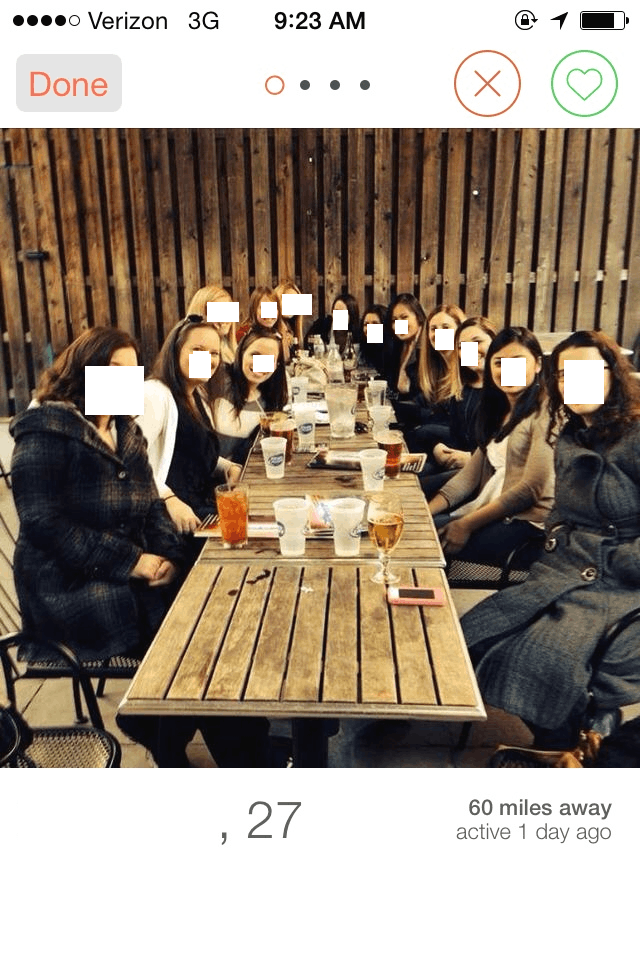 This is no good.

2) Don’t use a picture that is so close-up that I can see your pores and your eye color but not actually identify your face or make an educated guess as to what sort of body type you might be working with.

3) Don’t have any photos of you with your ex.

If you are a man who happens to like a photo of himself from some past event, and desires to use said photo for your Tinder profile, then either be thorough with your cropping or find a photo that doesn’t require cropping. I’m talking about the ex- or current girlfriend you tried to crop out there, naturally. I can see the blond hair spilling in blissful unawareness across your left shoulder.

Either this is the best photo you’ve ever taken and you’re misrepresenting how you look on a daily basis; or you’re incapable of taking a photo without your girlfriend at your side, and if you’re cropping her out she’s probably not cool with you being on Tinder in the first place. It’s especially bad if I can tell that the woman you cut out of your photo was your wife, as evidenced by the wedding dress I can still see pieces of. Come on, guys. 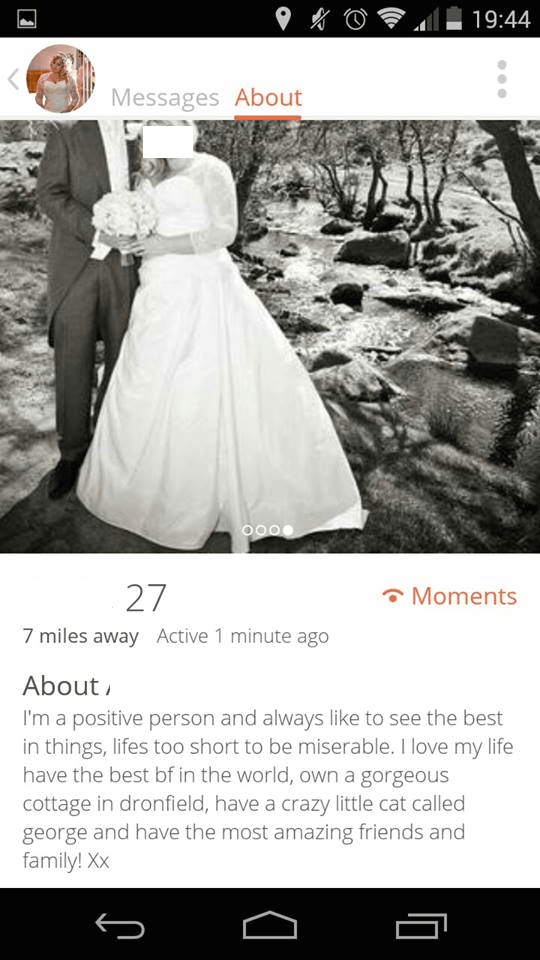 4) Don’t have a cigarette in your profile picture.

Haven’t you seen those truth ads on TV? If you smoke in your profile photo, it’s 300% more likely that someone will swipe left on you! Even if you’re lucky enough to match up with a fellow smoker, this is all about appealing to people’s senses. If your photo makes it look like you smell bad, that’s not a good thing.

5) Don’t pose in front of anything on the National Registry of Historic Places.

This is probably something local to Los Angeles, but please don’t make your profile picture something that proves that you are in some way connected to Hollywood. Additionally, standing in front of a red carpet only proves that you are annoying enough to go there, take your picture, and pretend like you were supposed to be there, or that you actually are supposed to be there and are annoying enough to use that card to try to get laid. This is Tinder. Let’s get laid on merit. And by merit, I mean our looks. 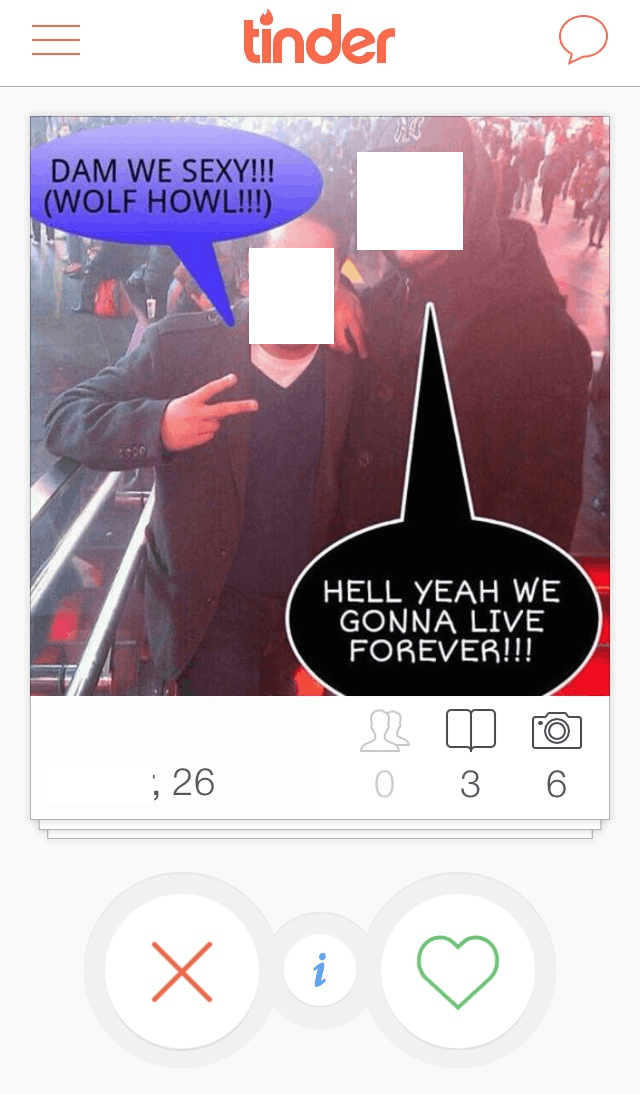 6) Don’t make a kissy face at the camera.

This one just goes without saying, but people inexplicably keep doing it anyway. 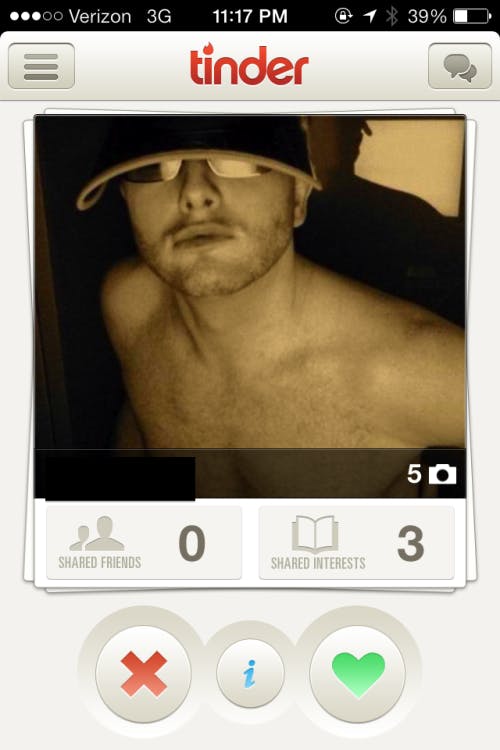 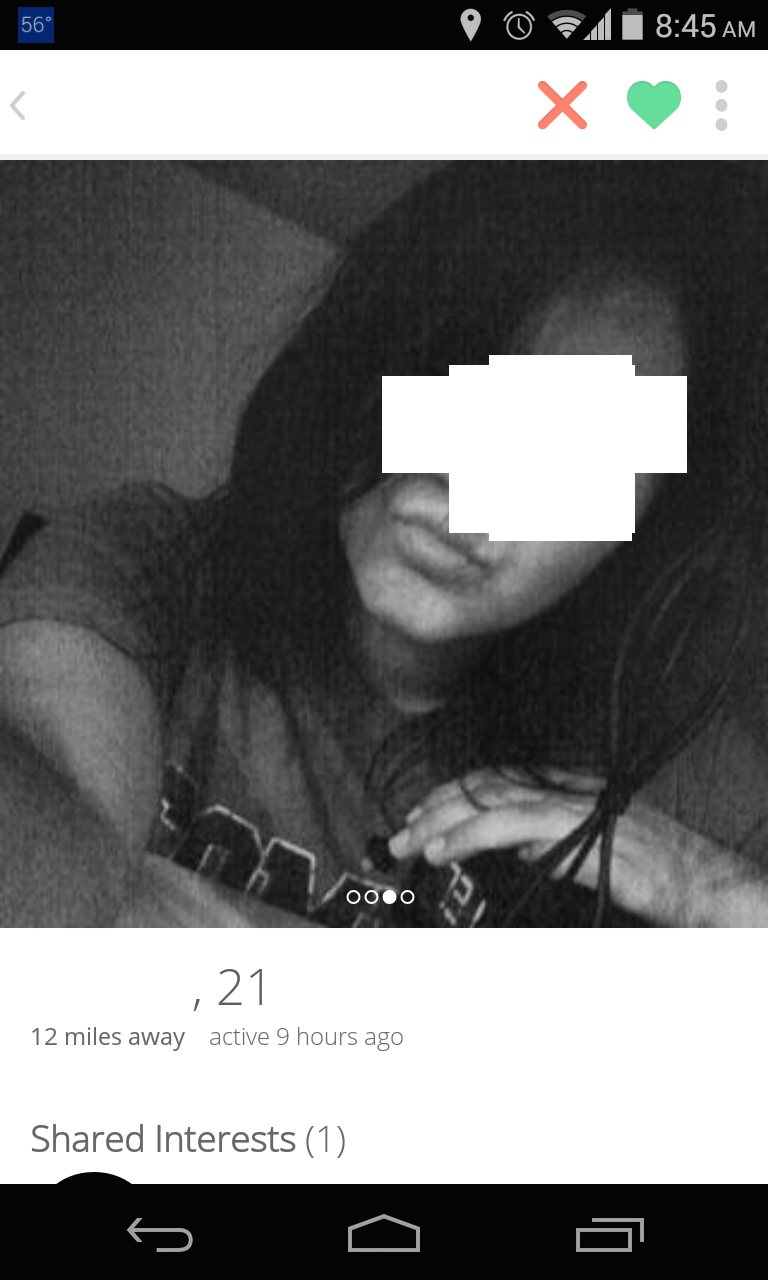 7) Don’t hold a weapon in your photo.

You may feel sexy holding a gun in your profile picture, but this is not the place for it. Tinder is a place to try to get strangers to feel safe enough to have sex with you. Other items you may not want to include in your profile are sharp knives, arrest warrants, and emotional baggage. Basically, anything that would be on the TSA prohibited items list, don’t put in your Tinder profile. 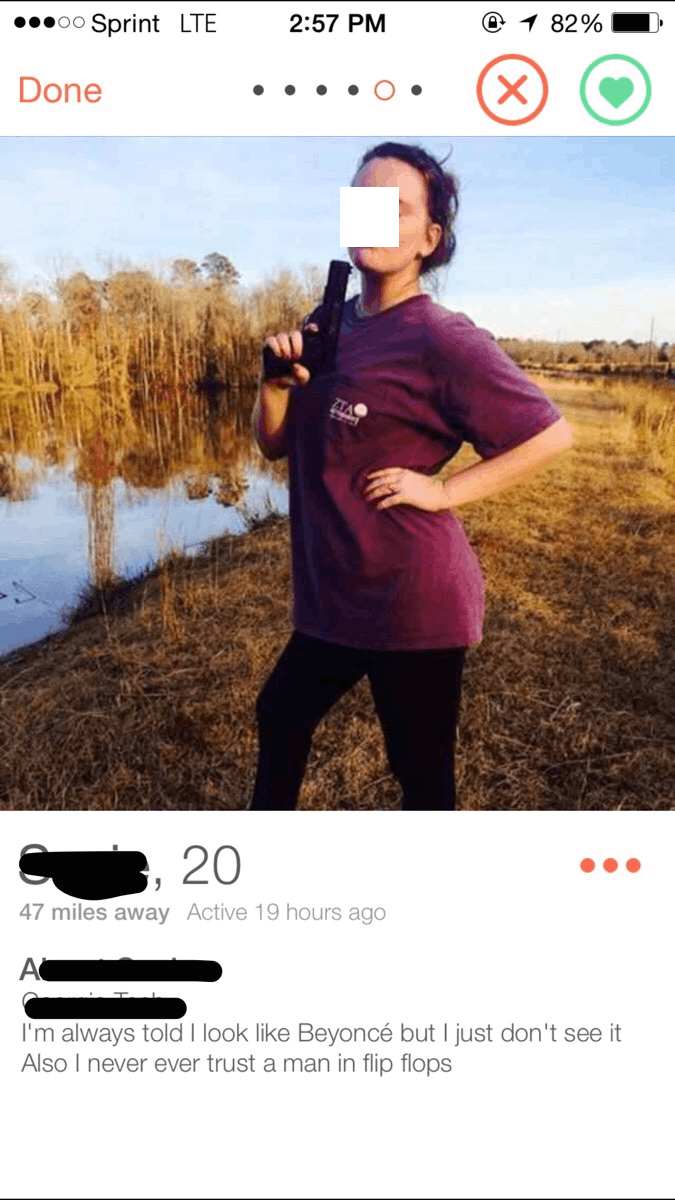 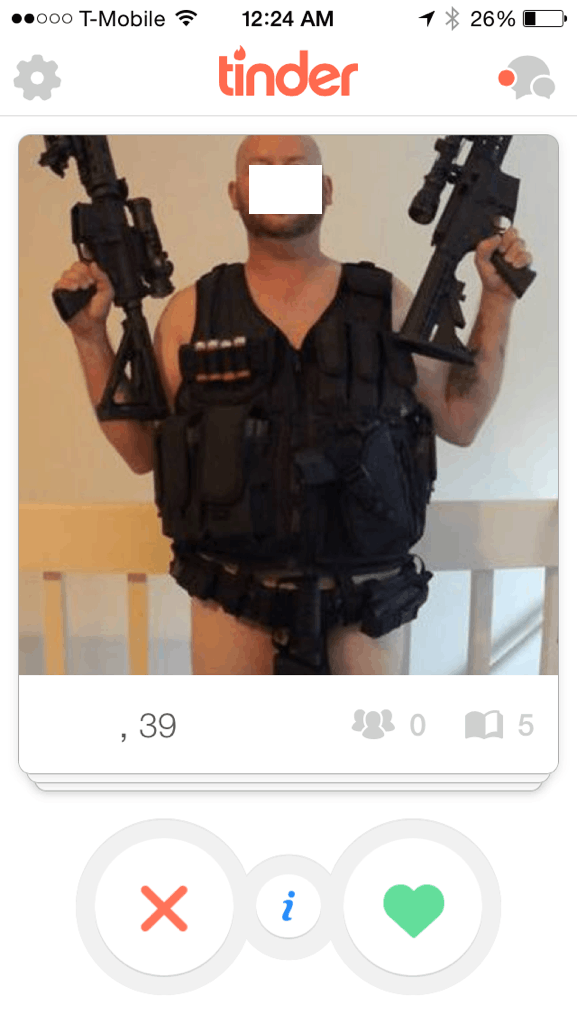 8) Don’t use your yearbook photo.

It’s an odd choice, and hopefully, an outdated one. 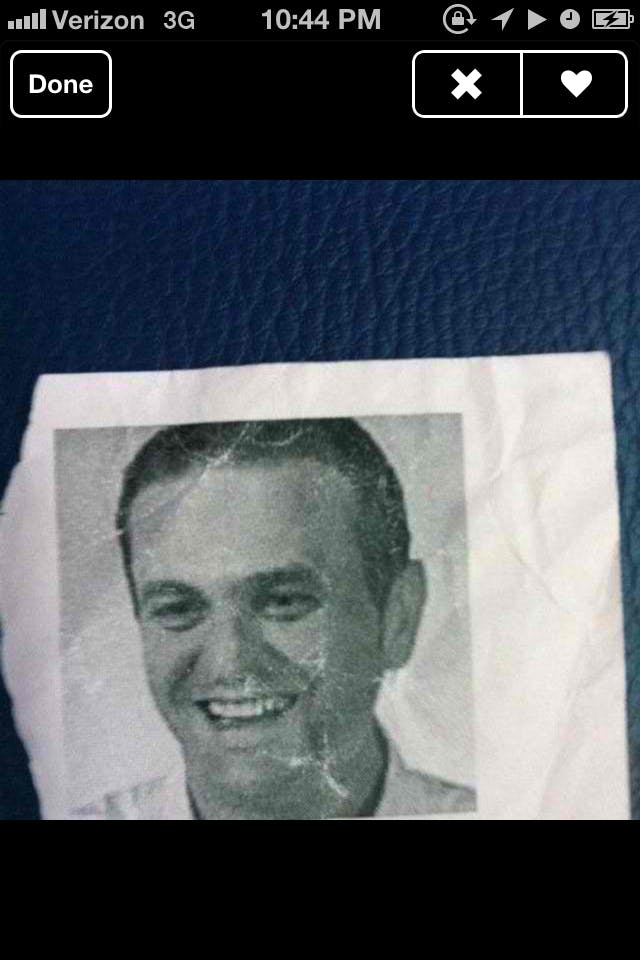 9) Don’t have any kids in your Tinder profile.

Men, I know you think posing with a baby makes you look sensitive and paternal, but your kids have no more business being in this photo than the significant other you’re cheating on. Other peoples’ kids have even less business being there. (This lady who posted a photo of her elementary school class learned that the hard way.) 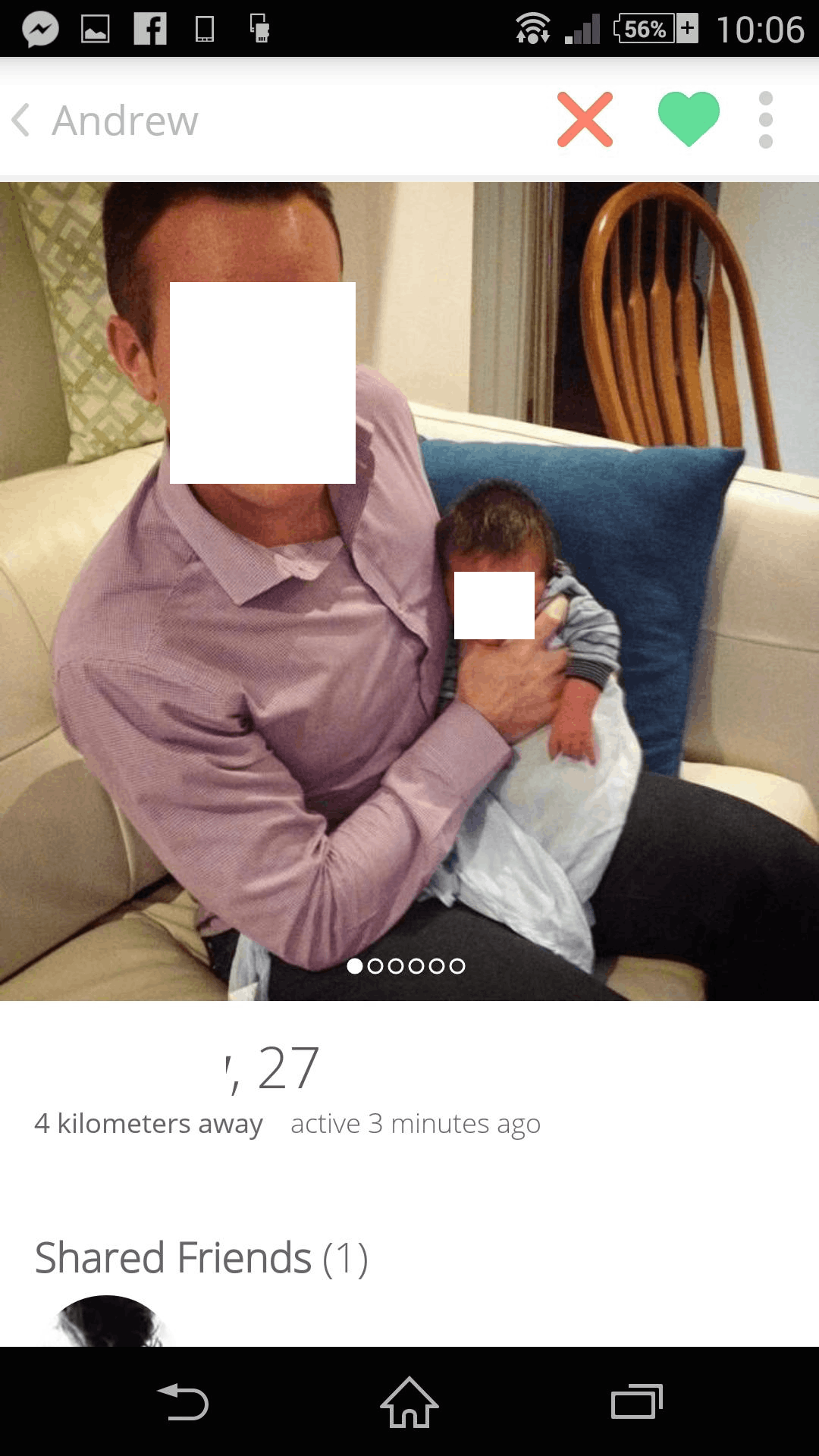 As an advertising tactic, it may seem like a good idea to be posting half-naked selfies on a hookup app like Tinder. But my rigorous research has led me to believe that such shots actually backfire more often than not. Oiled-up man abs are cool in theory, but lend nothing more than a douchebag stamp to a photo. Douchebags are difficult to enjoy having sex with, no matter how great the ab factor. 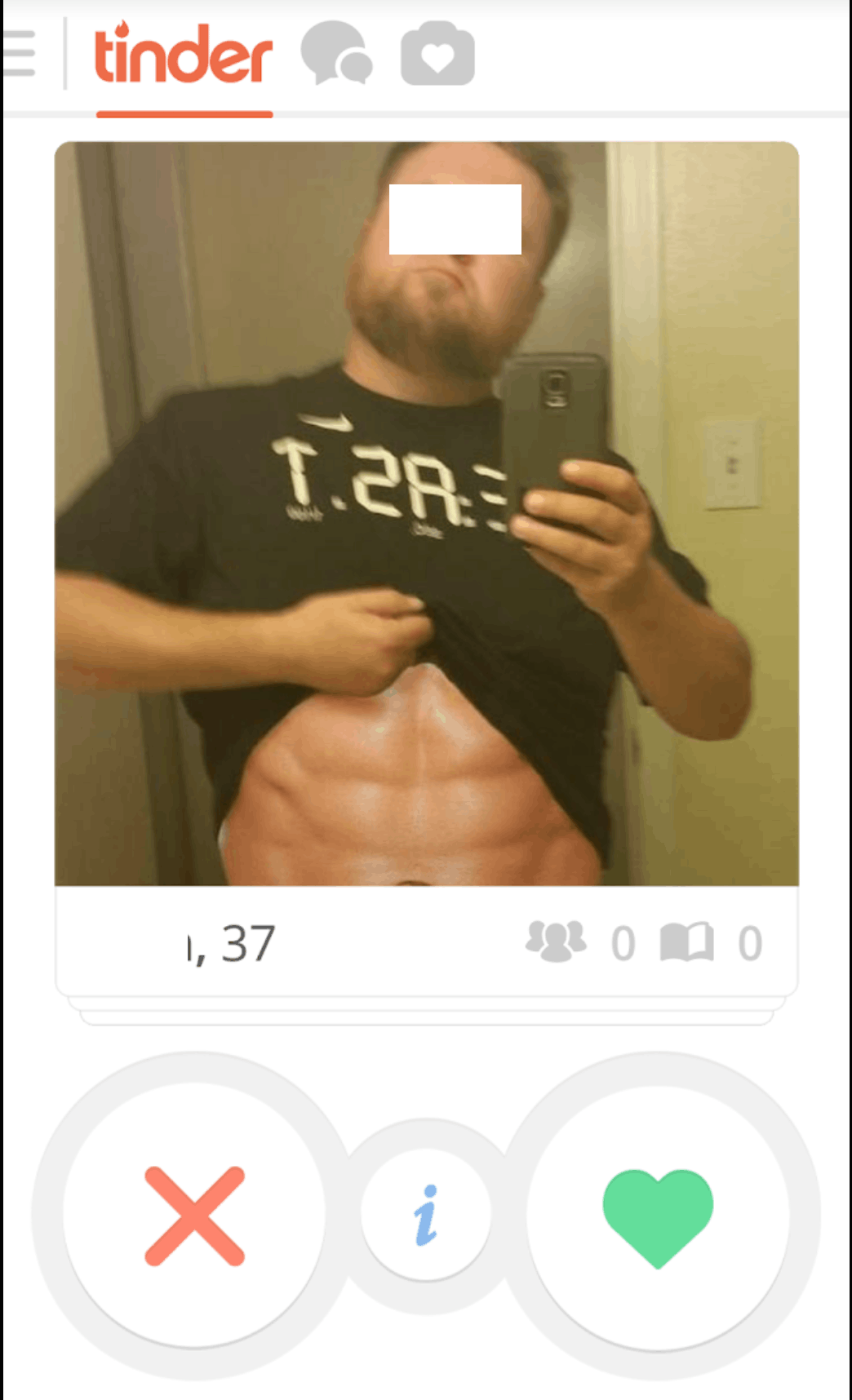 11) Don’t pose with an alcoholic beverage in hand.

Men and women both seem to think that wearing a bathing suit in a photo demands an alcoholic beverage in hand to complete the motif. Many will disagree, but I immediately associate alcohol in hand with bad sloppy drunk sex and a climactic pile of puke on the floor. Drunk sex is only fun if you’re the drunkest one in the sex group. Otherwise, it’s gross. By posing with liquor, you immediately become the drunkest one in the Tinder room. Stay classy, anonymous sex seekers. 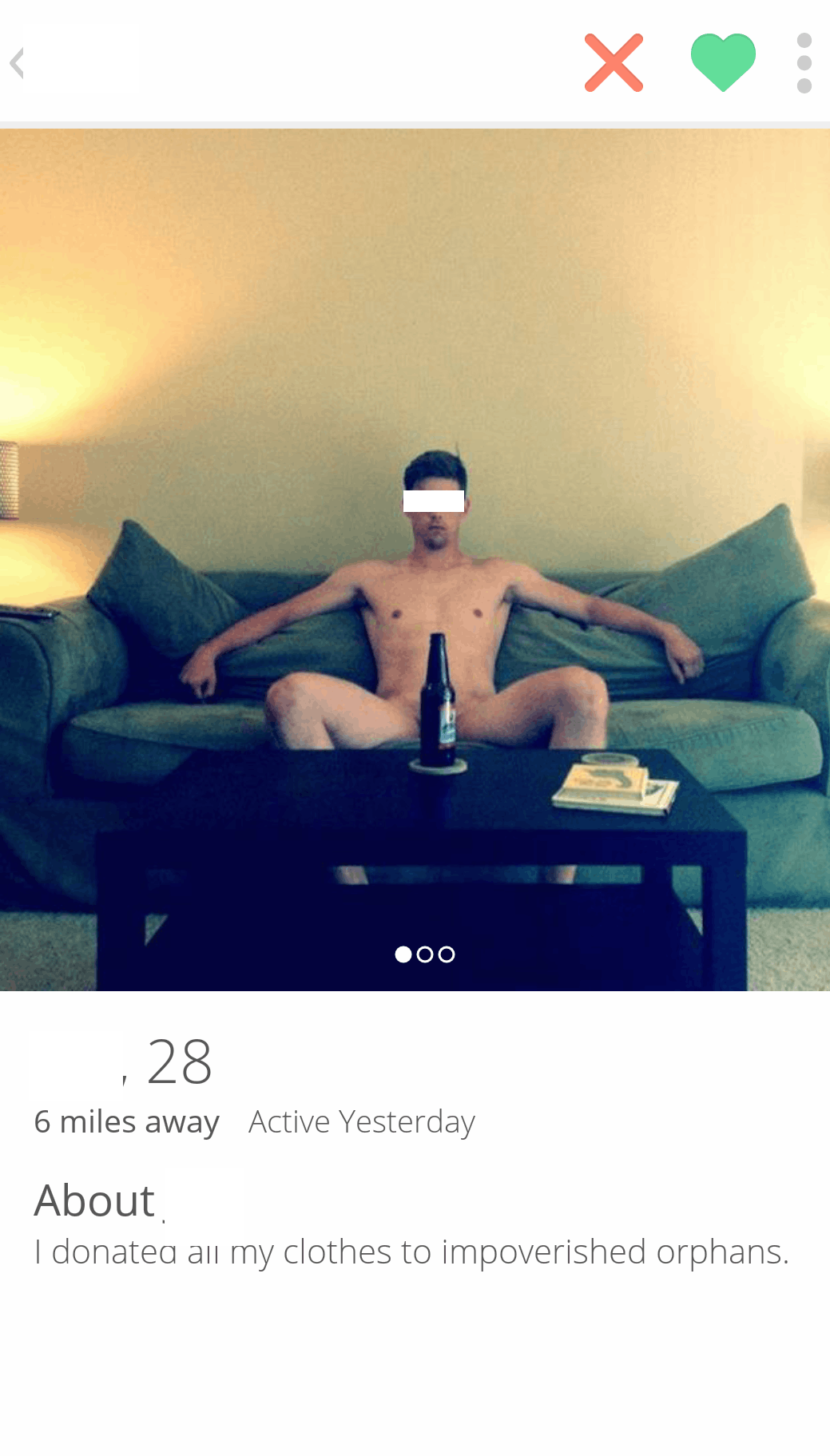 If your default expressionless face has drooped into a frown, then take the effort to smile in your picture. If you’ve ever tried to flirt with a frowning person, you understand that it’s like trying to drag dead weight out of a room. No one on Tinder is going to tell you to turn your frown upside down, but you should know that a melancholy profile photo is decidedly unsexy. 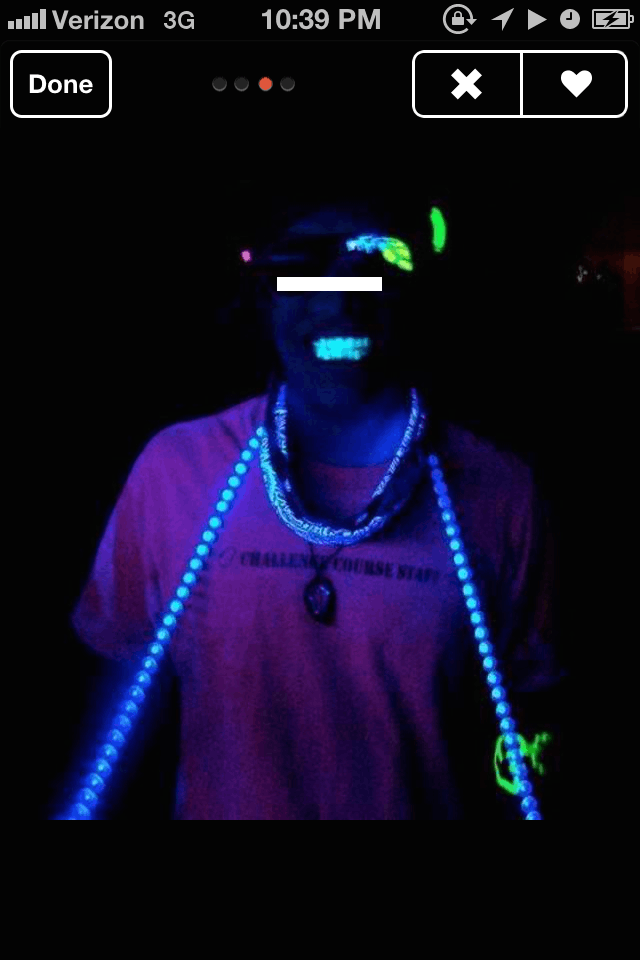 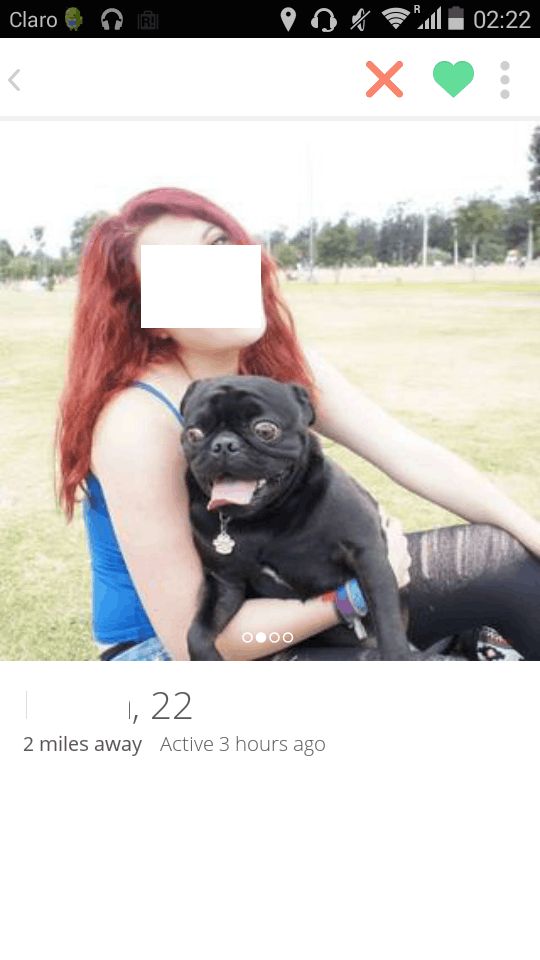 No matter how unattractive you think you are, skipping a profile photo is simply not an option. No one wants to hook up with the Facebook shadow head. That’s some stranger danger nonsense. Also, this might sound obvious, but your face should always be visible in the photo. I ran into too many pictures that had things like the Eiffel tower and a spotted hound dog, but no person. I don’t care how great France and puppies are. I’m not swiping right on that shit.

15) Pick a photo that reflects your interests.

It should be noted that at one point in my Tinder experiment, I came across a lovely brunette named Jamie. Her photo was of her driving a classic car with a sun flare coming through the glass, effectively casting a divine light on the angles of her face. I swiped right. It’s a match! I later find out that Jamie is 5’10’’ (note: Tinder cares deeply about height), loves green tea, and shares my loathing for non-standard abbreviations.  She is curious about how often I get out her way. In light of this, Manuel has pulled the plug on my Tinder love. Which leads me to the final Tinder rule:

There should be a catchall category for Tinder rules called “Honesty”, which also takes a hard stance on things like Photoshop, and changing your birthday on your profile. The Tinder user should realize that, in the event of Tinder success, he or she will end up face to face with another user. Photoshop won’t follow you there. It’s much less embarrassing to be swiped left on an app than off a doorstep.

I’ve listed a lot of don’ts. There are still more. Sixteen rules could easily be 32, or 64. Really, though, the best course of action is to use your common sense. Know your goal, which is to essentially be sexual click bait for the other users, without violating Tinder’s terms of use and getting kicked off.

By following these rules, I’m sure you’ll manage to create an effective Tinder profile in no time. And when in doubt, just remember that Tinder photos are your elevator speech for nookie. Keep your shirt on in the elevator. Smile. Make eye contact. Don’t waste space on things not related to your pitch. You have a short window before your captive audience decides which way to swipe. Let’s make it right.

Photo via Michael Dorausch/Flickr (CC BY 2.0) | Remix by Max Fleishman