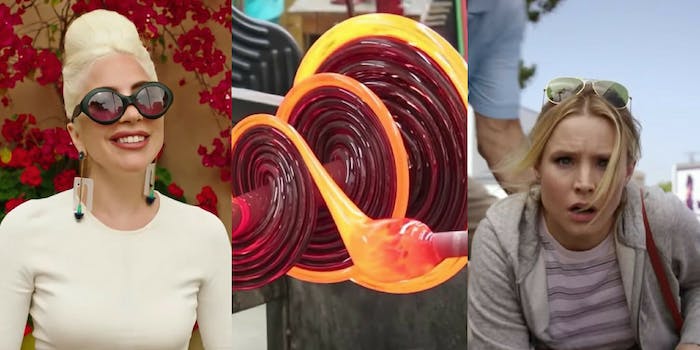 5 things to watch instead of the possibly retraumatizing Kavanaugh hearing

Less than two weeks ago, Christine Blasey Ford identified herself as a woman who told Sen. Diane Feinstein in an anonymous letter that Brett Kavanaugh assaulted her and attempted to rape her when they were in high school. And yet, amid the barrage of criticism faced by Ford, Deborah Ramirez, and Julie Swetnick, the other women who have since come forward, it feels like this news cycle has existed for eons.

Now today is the day that Ford will testify before the Senate Judiciary Committee, and there are no signs that this news cycle becoming easier to handle. Even sexual violence experts have criticized the way that Senate Republicans are holding her portion of the hearing, having tapped themselves out and left her questioning to a sex crimes prosecutor. It makes “no sense,” one expert told HuffPost, with another advocate theorizing that Republicans “want to ask asshole questions but don’t want to do it themselves.”

It is going to be a long day for everyone involved, most of all Ford, including (but not insignificantly) anyone else who has experienced sexual harassment or assault. Audiences to Ford’s testimony may know, or fear, what it’s like to be questioned about a traumatic experience, to have doubts cast upon what you know happened to you. And at the end of that long day, committee Chairman Sen. Charles E. Grassley plans to proceed with a vote on Kavanaugh’s confirmation on Friday at 9:30a.m. And that doesn’t even touch on the truly WTF madness of new allegations that have ensued since Wednesday.

So, take care of yourself today. Be kind to yourself. Don’t make yourself watch Ford’s hearing, or follow along with people live-tweeting their livestreams, even if you want to in solidarity, if you feel you won’t be able to.

Instead, here are a few videos and clips that may bring you joy. Or, watch these in between keeping up with Ford’s testimony, or watch them all after her testimony (in place of having a lobotomy after what is sure to be a mind-numbing hearing).

I love everything about Vogue‘s 73 Questions series. It’s like MTV’s Cribs, but with actual insight into the (perhaps scripted) wit of your favorite celebrities. Hell, go to town and watch the entire series if you’re feeling it.

3) The most satisfying video in the world

Yes, there are many satisfying videos on the internet. But I guarantee, this is the most satisfying. Just a second of that smooth ’80s synth-pop is convincing enough.

The Good Place returns tonight—hoorah! If you’ve already burned through season 2 on Netflix, you’ll at least have this sneak peek to prime you for tonight’s premiere.

Your favorite adult-playing-a-teenage-boyfriend heartthrob has a puppy’s paw in his mouth. That is all.