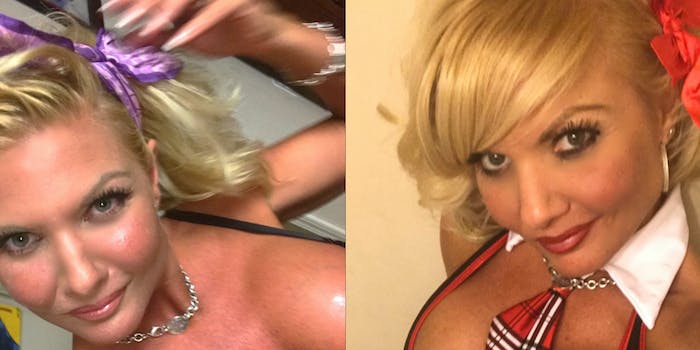 His fingerprints were found on the absinthe bottle.

Kat West, 42, was a stay-at-home mom who had an OnlyFans account under the moniker Kitty Kat West. She was bludgeoned to death with a bottle of Lucid Absinthe in January 2018, according to local reports.

On Friday, jurors convicted Jeff West after nearly five hours of deliberation, ABC 3340 reports. The Class B felony is punishable by a sentence of two to 20 years in prison.

In convicting Jeff West, jurors pointed to a set of fingerprints on the absinthe bottle as proof.

In January 2018, Kat West texted her husband, “I know you’re scared to tell me you don’t want to be with me, but it’s only hurting me more by lying.” She also wrote, “If you don’t want me say it.” Jeff West replied, “Baby, I want you. Do you want me? We really never talked after NYE.”

Jeff West repeatedly denied being jealous of the men who would talk to his wife through her website. He also said he didn’t mind the scantily clad photos she would post online.

After Friday’s verdict, Jeff West will remain at the Shelby County Jail until his sentencing on Jan. 11, 2021.

An attorney for Jeff West said his client “is stunned.”

“[Jeff West] has maintained that he has not killed his wife since day one and that’s still his position. It’s never going to change,” the attorney said.