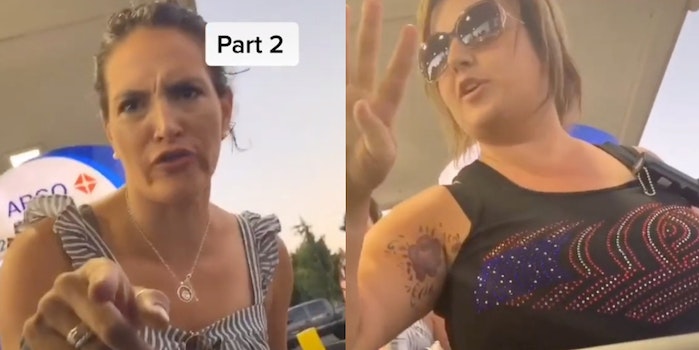 Well, that's one way of tuning out the Karens.

A series of TikTok videos show a group of people in a car tuning out two “Karens” rallying for “four more years” of President Donald Trump by blasting the songs “WAP” and “FDT” from their car.