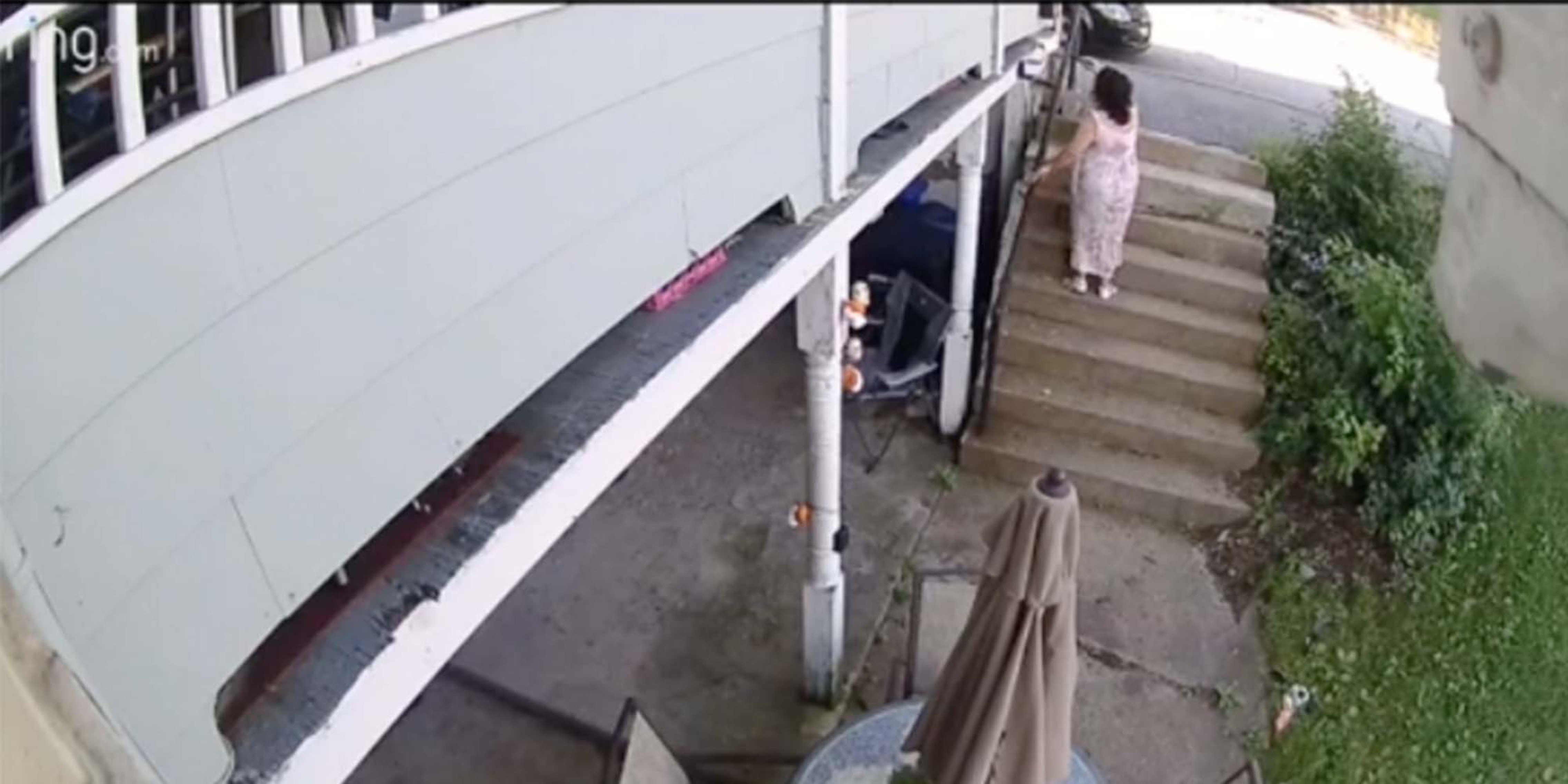 ‘What she deserved’: Karen puts trash on neighbors’ porch—they throw juice at her in retaliation

'They just f*cking threw some f*cking crap on me!'

In a viral TikTok video, a Karen is seen taking garbage from a trash can and stealthily putting it onto her neighbors porch using a spatula. Immediately after she does so, they throw something at her from above.

The video was posted by an account named @neighborhood.wars on Sept. 13, and it seems to have been taken with a Ring doorbell camera. The video has garnered 2.8 million views and over 287,000 likes. The account noted that the woman “gets what she deserves” in the text overlay of the video.

In the comments section, @neighborhood.wars said that Sunny D was thrown at the woman.

“They just fucking threw some fucking crap on me,” she yells, after screaming. She then throws what seems to be a spatula toward her neighbors. The woman is then heard screaming repeatedly while a funnily timed animatronic Halloween decoration says, “Let me out.”

In a followup video, the woman’s daughter, which the text overlay refers to a “Katie,” comes in view of the camera and dances in front of it in a towel. The Karen screams that she’s calling “the feds.”

The animatronic Halloween decoration then says, “Help me.”

Despite the plethora of fascinating characters featured in the video, the animatronic Halloween decoration is what stole the show.

“The ‘Let Me Out’ in the background had me rolling,” wrote @yashirayoshi.

“It’s like watching a low budget scary movie!” commented @poeticmind81. “It was very demonic towards the end!”

“You know the Karen is bad when the Halloween decorations are asking for help!” wrote @sgrnspks.