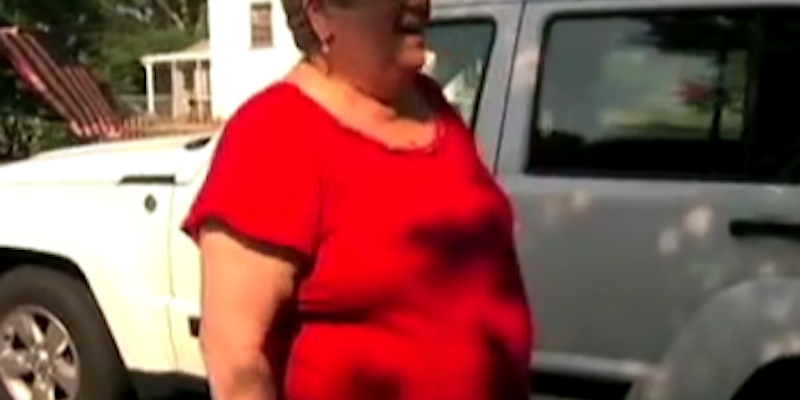 Karen Klein said she plans to spend part of her new fortune on home renovations, bills, and to support Down syndrome research.

A happy, new chapter in the Karen Klein saga unfolded Tuesday night. The 68-year-old bus monitor from Greece, N.Y. finally got to meet benefactor Max Sidarov, the redditor who started the fundraiser that has collected over $650,000 for the now-famous bullying victim.

Klein first made headlines last week when a video of her being tormented by her middle-school students went viral on YouTube. The Internet, especially social news site Reddit, initially lashed out at the kids until Sidarov recommended doing something for Klein, rather than to the children: “Lets give her something she will never forget, a vacation of a lifetime!” he wrote.

A 25-year-old nutritionist from Toronto, Canada, Sidorov visited Klein at home Tuesday night, and their meeting was broadcast on Good Morning America the next day.

“I know how it feels,” Sidorov said. “Nobody should have to go through that, ever.”

The fundraiser is expected to remain open for another 24 days. Klein said she plans to spend part of the money on home renovations and bills, and she will also give some of the money to support Down syndrome research. (One of Klein’s eight grandchildren has it.) Klein, however, thinks the fundraiser has already gone far enough.

“I almost feel like I don’t deserve it,” Klein told Good Morning America. “[Donors] should be sending their donations to other people that have more problems than I do.”