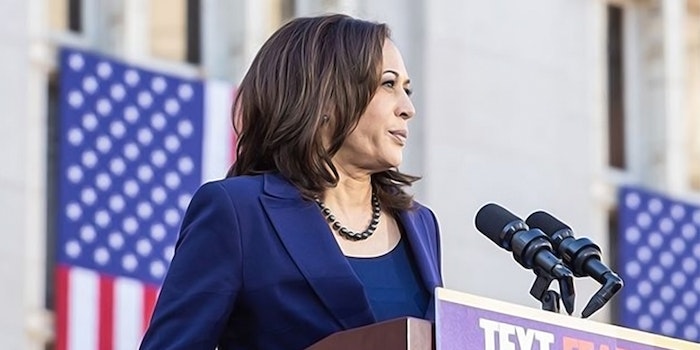 Only some people, and only some debt, and there are more caveats too.

Presidential candidate Sen. Kamala Harris (D-Calif.) announced her student debt forgiveness plan over the weekend, but its limited scope has some people laughing in disbelief.

Student loan forgiveness has been a hot topic in the Democratic presidential primary. With reports that millennials aren’t buying homes, having kids, saving for retirement, or even for emergencies due to debt, it’s no surprise that the majority of this generation supports student debt forgiveness. While a number of candidates have expressed that debt forgiveness is a part of their platform, not all have been explicit about what that means and how it will be paid for.

“Yesterday I announced that, as president, I’ll establish a student loan debt forgiveness program,” tweeted Harris on Saturday. That’s all fine and good, but the second half of the sentence essentially gave the fine print: “for Pell Grant recipients who start a business that operates for three years in disadvantaged communities.”

Yesterday I announced that, as president, I’ll establish a student loan debt forgiveness program for Pell Grant recipients who start a business that operates for three years in disadvantaged communities. https://t.co/ldwuC9RiIE

If you read the policy proposal you’ll find exactly how much forgiveness Harris is talking: a maximum of $20,000. The average student debt in the U.S. is around $37,000, meaning that even if a person manages to meet all these requirements, only a little more than half of their debt would be forgiven.

On Twitter, people mocked the restrictions in Harris’ plan and the fractional amount of debt that would be forgiven.

I have announced a student loan debt forgiveness program for those who climb Mount Everest. Twice. With no oxygen tanks. pic.twitter.com/oOzQepyxyn

As President I'll establish a student loan debt forgiveness program for gamers who beat Dark Souls within the first 3 years of graduating and do not die a single time. https://t.co/2946Ygr8xE

Kamala Harris want me, with my Pell grant needing ass and in debt to magically conjure enough capital to run a business for 3 years in the hood to qualify for student loan forgiveness? This country needs a miracle at this point. pic.twitter.com/BQCGclKQTO

Harris’ announcement was essentially a galaxy brain meme where each panel revealed more restrictions and caveats.

Kamala Harris' plan has me baffled so i made this pic.twitter.com/A9KjMUALSZ

On Sunday Harris returned to the thread to, “thank everyone for your feedback and clarify some confusion.” She explained that this is a part of her plan to, “reduce the opportunity gap for Black entrepreneurs.”

For many, this did not assuage frustration. Some felt that she teased student loan forgiveness when she was really talking about Black small business ownership. It’s also hard for many to imagine taking the financial risk of a new business when they have tens of thousands in debt. Only people from low-income families receive Pell Grants, so it’s likely that they wouldn’t have the liquid assets to start a new business. According to Forbes, about half of businesses fail within the first five years, and that’s regardless of location, not those specifically in disadvantaged communities.

While Harris’ plan may help some people, it appears to be neither the solution to student debt nor to the opportunity gap that she thinks it is.