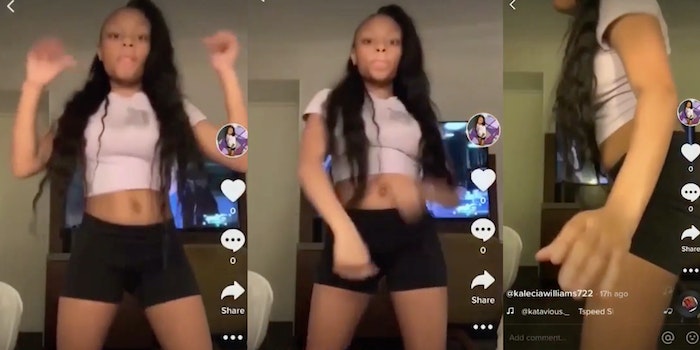 Kalecia Williams appears startled and abruptly ends the TikTok video when someone seemingly enters the room.

A TikTok video captured the final moments of Kalecia “Pinky” Williams, a 16-year-old girl who was killed at an Atlanta hotel in December.