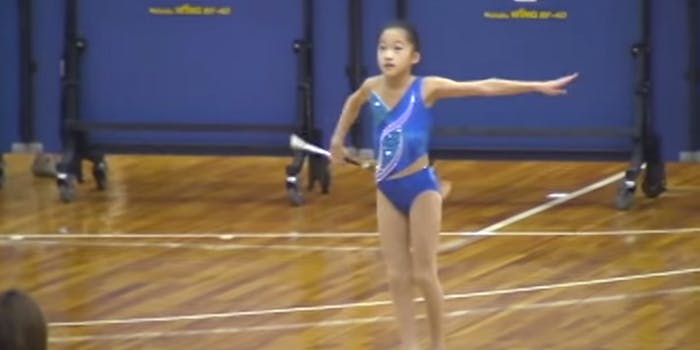 This 10-year-old Japanese baton twirler will mesmerize you

You won't be able to take your eyes off her.

One baton twirler is pushing the limits of what our bodies can even do.

Kairi Mori was just 10 when she performed at this baton twirling competition in Yokohama, Japan, but she’s easily capable of handling things on her own and full-out impressing the pants off all the judges. The clip’s originally from 2011, but it’s getting traction again after appearing on Reddit and Digg.

But no matter how old this is, it’s still just as incredible to watch. And with a first place win in Dance Twirl during a more recent competition, Mori proves that she’s still got it.