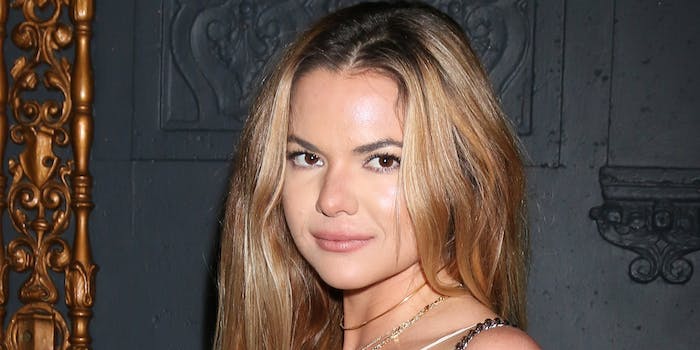 The sisters are a thorn in the side of sex workers.

If the thought of Bella Thorne’s OnlyFans drama receding from national headlines makes you sad, you’re in luck. Her older sister, Kaili Thorne, has joined the platform and promptly started beefing with other adult content creators on social media.

“The argument is that sex should not be work,” she said. “That’s why it turns into human trafficking and should be stopped. Sex work does not exist. It is not real. Would I call it legit? No. Nothing about ‘sucking for crack’ is legitimate.”

Thorne also dissed other OnlyFans creators whose content she considered “not creative”: “All your bios say the same thing: ‘Insatiable shit.’ Get creative and maybe you’d keep your clientele.”

Thorne’s incendiary comments come less than a week after OnlyFans announced a lengthened payout time and max limits on tips and post prices, which could devastate sex workers who use the app as a primary source of income. Many people have blamed these changes on Bella Thorne, who was accused of “scamming” her subscribers by failing to deliver nudes.

People slammed Kaili Thorne for her remarks, and the 28-year-old clapped back at them on Instagram.

Other critics called out Thorne for disabling comments on her Instagram. She had a response for that, too.

“Turning me into a propaganda. Love it,” she captioned a picture of a woman lighting a cigarette while being burned at the stake. “Also, I never deactivated comments. But when exercising your 1st amendment turns into abuse and potentially hate? Then yeah, the voice I GIVE you, on MY platform will def be stfu. You’ll be squashed like your onlyfans.”

The drama seems far from over.