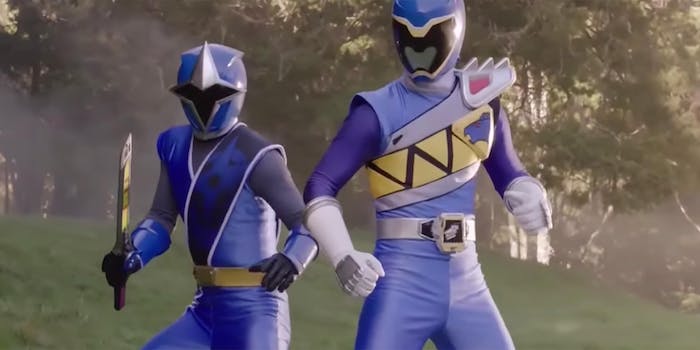 It’s the third time they’ve taken over the internet this week.

Hours after K-pop fans flooded the “WhiteLivesMatter” hashtag with fancams and memes to drown out other content and support the Black Lives Matter movement, they’re on to the next: #BlueLivesMatter.

Earlier this week, the fandom was credited with shutting down an app released by police that asked users to submit footage of protestors doing illegal things.

The trend appears to have started from an account with over 5 million followers claiming to be Anonymous.

“Our Anonymous K-Pop division is now attacking the #BlueLivesMatter hashtag. Calling on all #OpFanCam troops to flood the police hashtag with Fan Cams. (📹@fabriqueparmoi),” the account tweeted last night.

Over 1,500 retweets with comments and 2,000 replies to the tweet mostly show K-pop fans tweeting statements like, “already on it king,” other users tweeting their support, or people making thirsty comments about K-pop stars.

According to a recent @YourAnonCentral tweet, the group was successful.

Characters from cartoon network, Sailor Moon, and Paul Giamatti’s character in Big Fat Liar all made appearances in the memes. Twitter also showed love to other underappreciated characters like the blue Power Rangers, Megamind, and Avatars.

But the blue lives to rule them all, according to Twitter user @BonkDetergent, are the Smurfs.

Other users were using the hashtag to tweet reaction memes as they were angry to see the tag trending—and then pleased to see the content.