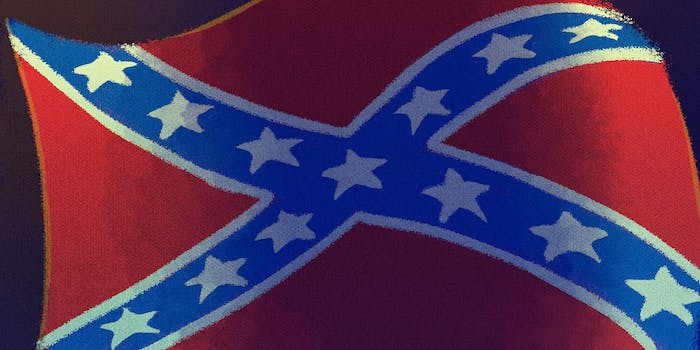 J.E.B. Stuart High School is named for a Confederate general.

Support for students at J.E.B. Stuart High School in Fairfax County, Virginia who started a petition to have the school’s name changed has come from an unexpected place: Hollywood. Actress Julianne Moore and director Bruce Cohen, both former students of the high school and friends since the 8th grade, have joined forces on a new petition.

Their petition on Change.org specifically calls for the high school, currently named for a Confederate general, to be renamed in honor of Thurgood Marshall, the first African-American justice of the Supreme Court and a well-known activist for civil rights.

Moore and Cohen appear to have stepped into a conversation that was drifting off message. Coverage of the original call by rising seniors to change the school’s name focused more on the school’s lagging statistics, and quoted a column written by an outgoing senior, called “An Unsung Graduation Speech,” to frame the protest as simply one more struggle faced by the school. In the column, which does not address the school’s name at all, Harvard-bound Theo Lebryk looks past the statistics and difficulties faced by students and faculty alike to highlight the amazing accomplishments happening at J.E.B. Stuart. What’s quoted in the coverage is a single paragraph claiming failure as the school’s forte.

Quiet objections to this drift were swift and came from individuals and the school system itself.

People who object to the proposed name change have taken the same strategic approach to reject discussions of the issue. They argue that it is more important to focus on flagging SAT scores than it is to quibble over the school’s identity. Moore and Cohen, in their Change.org petition, call out the school’s name as being chosen in protest of the Brown vs the Board of Education ruling that ended segregation, which is a theory supported by J.E.B. Stuart High School math teacher Bill Horkan, quoted in the original Washington Post article. The same article states that the school did not admit Black students until 1961; now the student body is composed of roughly 75% students of color.

Moore and Cohen state in their petition that such a diverse group of students shouldn’t have to attend a school named for a man who fought to uphold slavery, writing:

“No one should have to apologize for the name of the public high school you attended and the history of racism it represents, as we and so many alumni of Stuart have felt the need to do our whole lives.”

Their petition names both current events and established precedent as influences. The killing of nine African-Americans at Emanuel African Methodist Episcopal Church by a white supremacist who flew the Confederate flag has thrust conversation about artifacts of the Confederacy into the national spotlight. And in Jacksonville, Florida, in 2013, a petition to change the name of another school named for a Confederate general and KKK leader succeeded. Nathan B. Forrest High School was renamed Westside High School.

No one from J.E.B. Stuart High School could be reached by the Daily Dot for comment. But Moore and Cohen have issued statements of their own, to the Washington Post and through their various social media accounts. Over 25,000 people have thus far signed their petition. Perhaps this new school year will bring more than just a change in schedule.