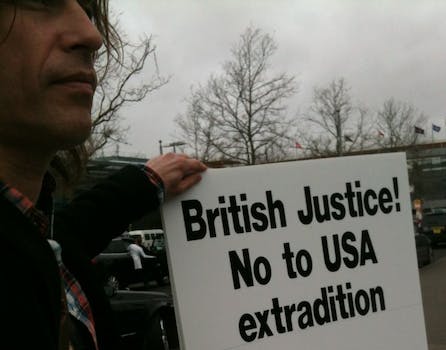 Mom fights her son’s extradition to the United States

Julia O'Dwyer says her son never hosted illegal videos on his site, TVShack, and is fighting his extradition from the United Kingdom to the United States.

Julia O’Dwyer knows her son linked to illegal videos on his site, TVShack. But he never hosted them, she told the Daily Dot. Now she’s fighting his extradition order issued Tuesday.

O’Dwyer ran the site until it was shut down in November by U.S. Immigrations and Customs Enforcement, known as ICE.

“He never uploaded videos. No copyright-infringing content was held on the site or on its servers.”

While she doesn’t deny O’Dwyer created and ran the site, she says her main focus since January has been fighting her son’s likely extradition. That now seems a lost cause, however. On Tuesday, Home Secretary Theresa May signed an order to extradite Richard to the US.

“If we were fighting the crime in the UK it would be very much less stressful,” O’Dwyer wrote. “We know that even if found guilty [in England] he would just get a small fine.”

From her Twitter account, O’Dwyer linked to a petition to stop her son’s extradition. The petition has over 20,000 signatures, and argues that, “At all times [O’Dwyer] was in the UK, his servers were not in the US and his domain names were not in the US. The alleged conduct took place entirely in the UK.”

O’Dwyer still has the chance to appeal his extradition.

“Our government will do nothing unless the public outrage gets to them which it is starting to do,” she wrote.