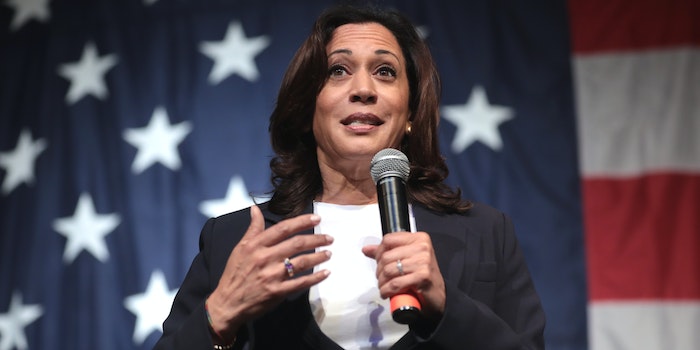 In one post, she implied Harris slept 'her way to the top.'

Jon Venverloh, a California school board president, is resigning after his wife made racist and misogynistic comments about Vice President-elect Kamala Harris on Twitter.