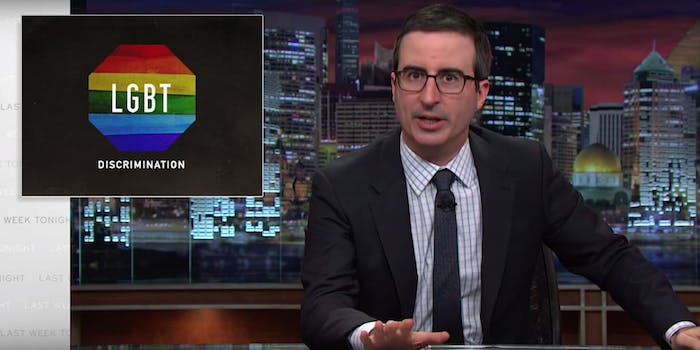 Marriage equality is still a controversial topic at the Republican presidential debates, but as John Oliver reminded us Sunday night, the issue of LGBT rights is far more complex than determining whether a candidate approves of same-sex marriage.

The lack of legal protections for LGBT people in 31 states means that, while they can get married to a partner of the same sex, they can still be fired from their job for doing so. In some places, lawmakers have actually made it easier for businesses to discriminate against employees and customers on the grounds of sexuality or gender identity.

This Last Week Tonight segment will not come as a surprise to the many LGBT people who already knew that marriage equality was a single victory in a larger ongoing battle. But as Oliver pointed out, the majority of Americans are still genuinely surprised to learn that it’s legal under federal law to fire someone for being gay.