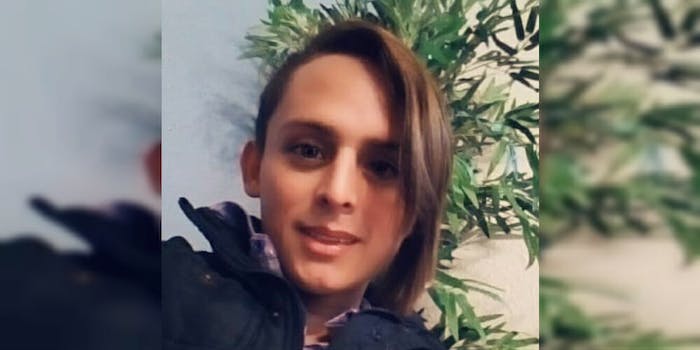 Johana Medina Leon, a trans woman who traveled from El Salvador to seek asylum in the U.S., died on Saturday after falling ill while in custody at an Immigration and Customs Enforcement center in New Mexico with a reputation for mistreating LGBTQ detainees.

According to the Washington Post, 25-year-old Johana Medina Leon presented herself to officials at the Paso del Norte Port of Entry in El Paso, Texas, on April 11, and was taken into ICE custody. On May 18, she had an interview to determine if there was enough threat of persecution in El Salvador for her to seek asylum. She passed the interview but was kept in ICE custody until she was released on parole last Tuesday to be taken to the hospital after complaining about chest pain.

Leon had reportedly been complaining of feeling ill for some time before then, and other detainees had tried to tell the staff that she needed to be given intravenous fluids. The staff said they weren’t able to do that. When Leon was taken to the hospital on Tuesday, she tested positive for HIV. By Saturday night she had passed away.

Leon’s death has renewed criticism of the Otero County Processing Center where she was held. The center has previously been accused of allowing and facilitating the physical, verbal, and sexual abuse of LGBTQ detainees, and denying medical care to transgender people in custody. People in custody at the Otero center say that at times, it takes weeks to provide medical care if it is given at all. They also report being put in solitary confinement for complaining about mistreatment.

Leon’s death comes just over a year after another trans woman migrant, Roxsana Hernandez Rodriguez, died in ICE custody. An autopsy later determined that the cause of death was dehydration and complications from untreated HIV/AIDS.

El Paso activist Grecia posted on Facebook on Sunday about visiting Leon before she died. Grecia wrote, “When I looked at her I said that what happened a year ago to Roxana in the month of May could happen to JOA right in there. And it did.”