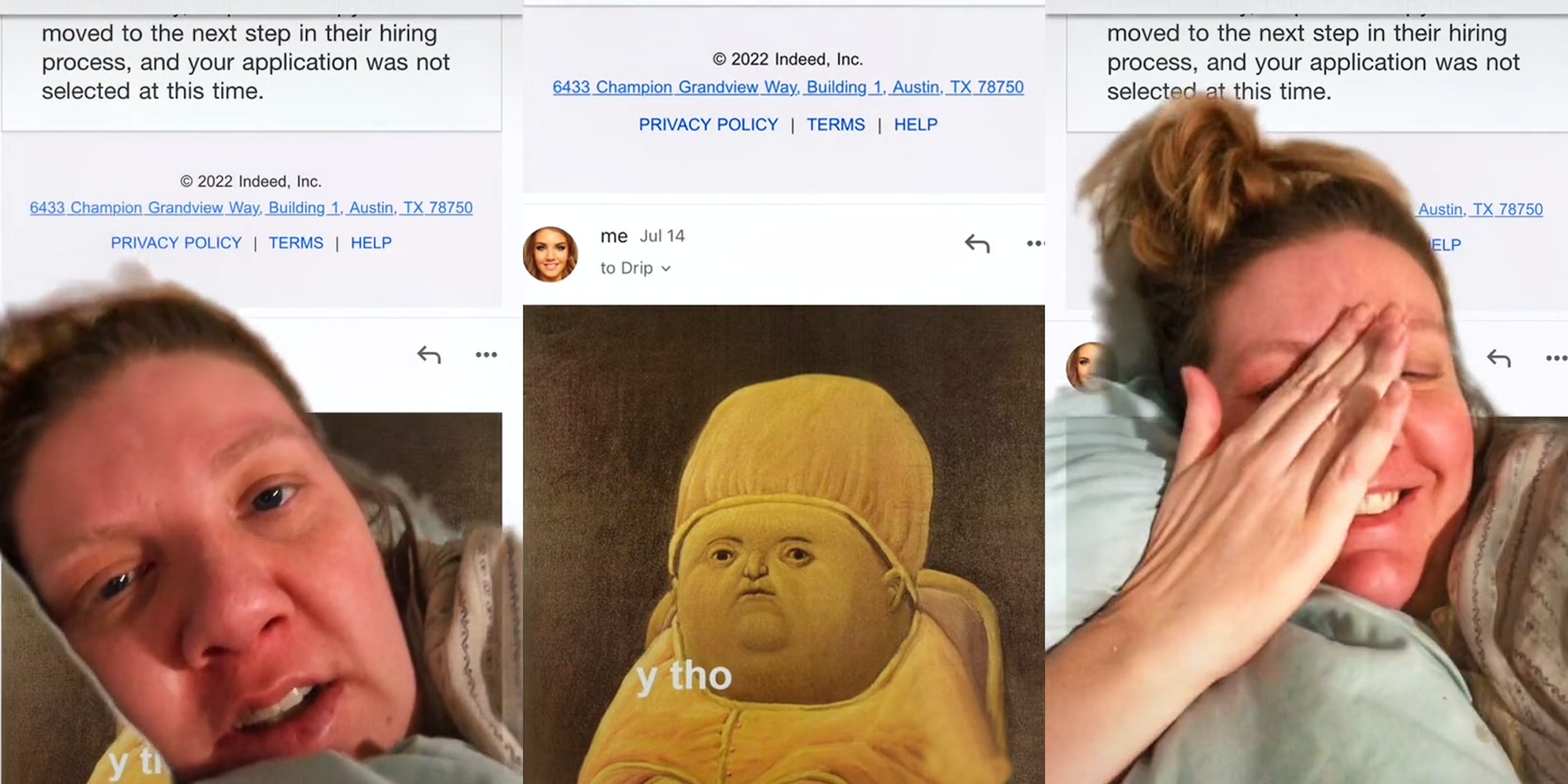 ‘If someone sent that to me I would ABSOLUTELY want an interview’: Job applicant secures interview after responding to rejection email with meme

'What are they gonna do, NOT hire me MORE?'

A woman on TikTok secured a job interview after sending a meme to her initial rejection email out of desperation.

Her story has gone viral with over 1.6 million views on TikTok, with some commenters saying she might’ve cracked the code in job hunting.

In the original video, user @swedishswan says she was at her wit’s end after receiving another job rejection email.

“I really kind of wanted this job, so I took a lesson from Gen Z,” she says in the video.

She replied to the rejection email with a meme of the Pope Leo X painting by Fernando Botero with the caption “y tho”—an unofficial mascot for job-hunting hopelessness.

“Anyway, it worked,” @swedishswan explains. The company saw her meme rejection response and invited her in for an interview.

Recruiters filled the comments saying this actually would work on them.

“As a recruiter, if someone sent that to me I would ABSOLUTELY want an interview,” one user wrote.

“As a recruiter if someone sent this to me, I’d try to find you another position,” another added.

Others said humor in interviews has been the key to hiring.

“I hired someone who answered ‘Because I kind of like to eat.’ under the ‘Why do you want this job?’ question on the job app,” one user claimed.

Some even wanted to popularize responding to rejection emails. They argued that memes, jokes, and light-heartedness can’t hurt a candidate that’s already been rejected.

“Responding to a rejection email was literally how I got my job now. I kept thinking: what are they gonna do, NOT hire me MORE?” one viewer mused.

The Daily Dot reached out to @swedishswan via TikTok comment.