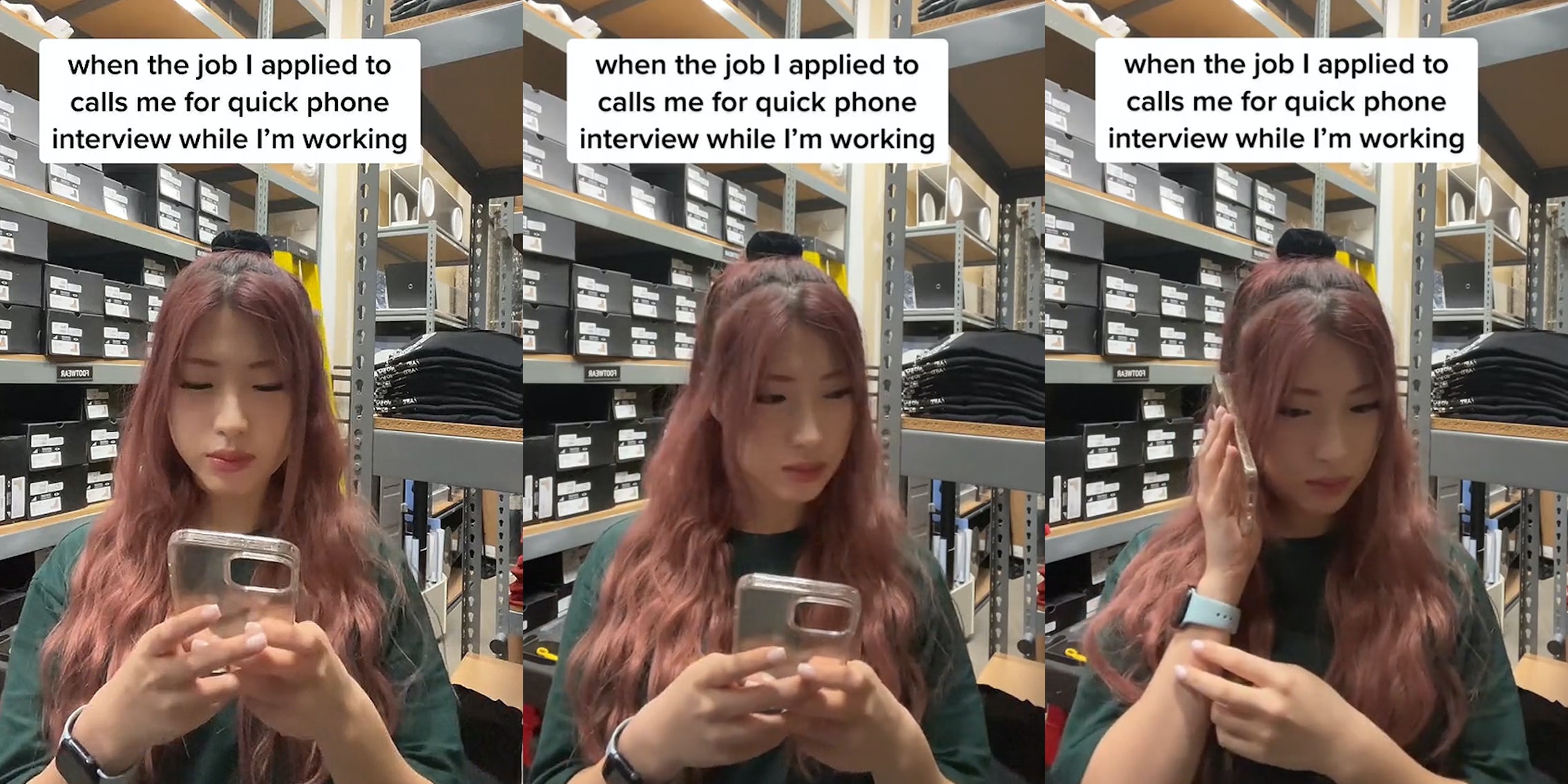 ‘Did a whole Zoom interview in our work bathroom’: Worker gets call for phone interview while at current job

'Please hire me. I want to leave here.'

A TikToker by the name of Jenny (@def.notjenny) went viral after uploading a clip that speaks to a phenomenon many people seem to identify with: yearning for the opportunity to land a better job while working one you’d rather not be doing.

In the video, the TikToker can be seen walking around a retail store in her work uniform, pretending to be on the phone. The text overlay reads: “When the job I applied to calls me for a quick phone interview while I’m working.” Jenny elaborates on her feelings in the caption, writing, “want to tell them: please hire me I want to leave here.”

Many who watched Jenny’s post commiserated with her experience, stating that they even conducted Zoom interviews from the bathroom at their current position in the hopes of landing a more desirable offer elsewhere.

“This is so me i went on my 15 and did a whole zoom interview in our work bathroom,” one user wrote.

“Lmaoo i went to the break room and took the call. Another employee heard me,” a second added.

“One time i got the call on my break and my manager was standing infront of me while I was on break lol,” another wrote. “I still got the job.”

Other viewers said that they reached a point where they were looking for any type of work.

“Needing a job asap. i’ll take anything at this point,” one commenter wrote.

“If only i got a call man i’ve applied to 20 different places and not a single answer,” another commented.

Unfortunately, these viewers may find obtaining a job quite difficult at the moment. According to The Washington Post, “the job market has been slowing,” and Americans might find it difficult to secure more desirable positions as we head into 2023.

The Daily Dot reached out to Jenny via TikTok comment.