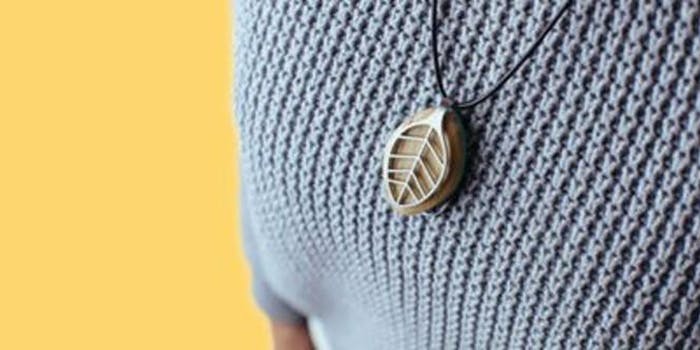 Watch out, Jawbone. Step aside, FitBit. There's a new wearable in town.

For those who love devices that use GPS and Wi-Fi to track your every move, there’s finally a wearable for you to monitor your period. The Leaf is a piece of metal and wood jewelry that can be worn as a necklace or as a bracelet. It can also be clipped on to your clothes.

Aside from tracking your menstrual cycle, the Leaf also measures your sleep cycle, your stress levels, and your fitness activity.

The smart jewelry was passed out to some Instagram influencers in advance of its market release, and ended up being worn by fitness model Sarah Stage. The photo of Stage wearing the Leaf went viral, due to the appearance of Stage’s shockingly sculpted abs just four days after giving birth.

The Bellabeat leaf will be here again soon for pre-orders so you can track your health. Do you have any questions about Leaf? #bellabeatleaf