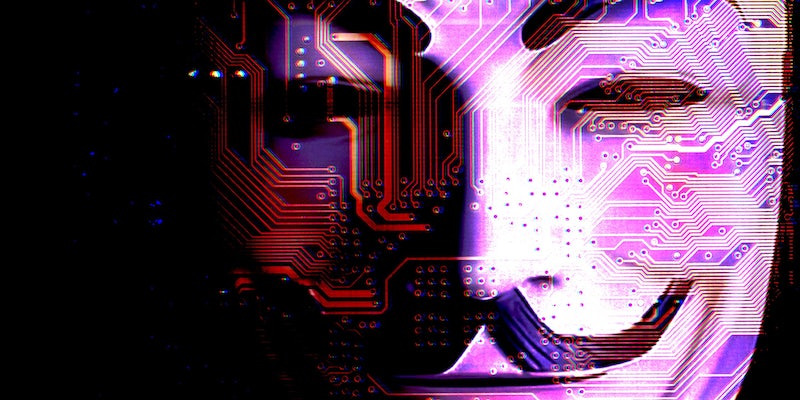 In 2011, Hammond stole some 5 million emails from the private intelligence firm Stratfor.

Jeremy Hammond, the Anonymous activist who hacked into the private intelligence firm Strategic Forecasting, Inc, was sentenced Friday to 10 years in prison.

In December of 2011, Hammond pled guilty to breaking into the private servers of Stratfor where he deleted corporate files and stole some 5 million emails, uploading the messages to WikiLeaks.

As Wired reported, prosecutors alleged in U.S. District Court that Hammond stole 200 gigabytes of emails and 600,000 credit card numbers. Asking for the maximum 10-year sentence, prosecutors then pointed to chats in which Hammond encouraged Anonymous members to rack up massive charges on the stolen cards—as much as $700,000 in some cases.

In one chat Hammond wrote: “An equally important part is destroying their servers and dumping their user/address list and private e-mails…I’m hoping bankruptcy, collapse.”

“[Contrary] to his contentions now,” prosecutors argued, “Hammond was motivated by a malicious and callous contempt for those with whom he disagreed, particularly anyone remotely related to law enforcement, not a ‘concern with both transparency and privacy.’”

Hammond, however, alleged he was concerned Stratfor was spying on human rights activists at the behest of the U.S. government. Since Hammond’s hacking in 2011, the issue of privacy has garnered considerable public attention, particularly since June 2013 when former intelligence contractor Edward Snowden leaked classified reports on the U.S. National Security Agency’s spying activities.

Judge Loretta Preska disagreed, however. At the sentencing hearing, she said Hammond tried to portray himself as someone who “steals from the rich to give to the poor … but this ignores Mr. Hammond’s true words, and the widespread harm [he caused].”

Hammond was tried under the controversial Computer Fraud and Abuse Act. The Electronic Frontier Foundation has argued that the act disproportionately punishes those guilty of relatively benign computer crimes, most notably in cases of political activism.

Perhaps the most notorious example of steep penalites sought under the CFAA was during the case of Internet activist Aaron Swartz, who faced 35 years in prison for stealing a massive trove of journal articles (many of which reported publicly funded research) from the pay service JSTOR. In January 2013, Schwartz killed himself.

The EFF’s point is that the CFAA was crafted before crimes like those of Swartz or Hammond were possible. The law was intended to take aim at large-scale malicious computer fraud that can do millions in damage. Despite this, it is now being used to prosecute political activists who employ the same means as fraudsters but to every different ends.

Judge Preska added at sentencing, “These are not the actions of Martin Luther King or Nelson Mandela… or even Daniel Ellsburg.”

But Ellsberg, the Vietnam era whistleblower who leaked the Pentagon Papers, has thrown his support behind Hammond. In a letter of support for Hammond, Ellsberg wrote, “I believe the actions taken by Jeremy Hammond need to be viewed in a context that considers the profound consequences of private surveillance of political activists in the United States.”

Over all, 265 activists, friends, and public figures have written letters backing Hammond.

In one such letter, Richard Stallman, the president of the Free Software Foundation, wrote, “People should not be allowed to enter others’ computers without permission; but when punishing someone for virtual trespassing, we ought to consider his motive. Those who trespass as part of a nonviolent protest, either physically or virtually, should not receive severe punishments. Those who act neither for gain nor for malice should not receive severe punishments. Imagine where our country would be if the civil rights and antiwar sit-ins had been punished by years in prison!”

Update: Hammond’s sentence also forbids him from associating with “civil disobedience organizations” for 3 years after his release.