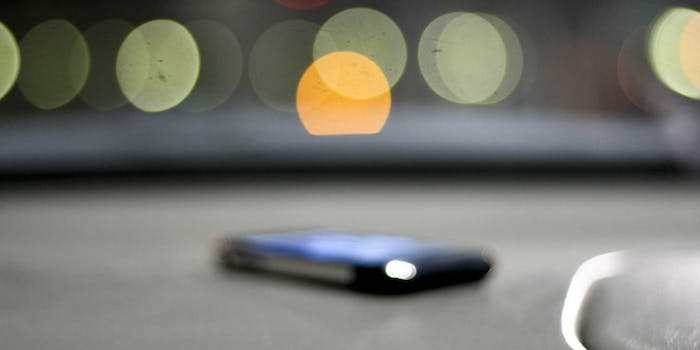 Jeremy Cook was only 18 years old.

Jeremy Cook, 18, was shot to death in London, Ontario, for trying to track down his misplaced cellphone.

Cook had left his phone in a taxi cab by mistake, so he used a geolocation service to pinpoint where it ended up: a parking lot on the northern end of town. When he arrived, he was met by three men in a Mazda sedan.

Details on what happened next are scant, but police say the car tried to drive away while Cook was clinging to the side of it. He was shot several times at roughly 5:15 AM Sunday morning and died from those injuries.

Police found the car abandoned nearby, where it had crashed into a fence and telephone pole. Cook’s missing cellphone was still inside.

The Canadian town of London now finds itself in the midst of a manhunt for three black males who are believed to between the ages of 18 and 21.

This is the first time area police have had to deal with violence on this scale for a case of a missing phone. “Nobody could ever predict that what occurred was going to occur in that case,” London Police Constable Ken Steeves told CBC News.

He encourages people not to take many risks in getting lost cellphones back, even if they’re able to track the thief down via apps like Find My iPhone.

“If you suspect there’s any potential for violence at all, we certainly encourage people to contact police. We’d be more than happy to come out and investigate with the hopes of retrieving the phone,” he said.