"Perhaps she's found the loving supporting family she desired in the next life."

This is Jennifer Gable. 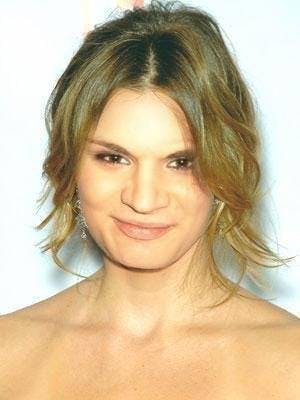 Jennifer was a 31-year-old customer service rep for Wells Fargo.  According to her Facebook, she loved Garth Brooks, Supernatural, and her miniature schnauzer, Mindy. She was also a trans woman who had been living as Jennifer for the past few years.

But when she passed away of a sudden brain aneurysm on Oct. 9, her family didn’t seem to care much about that. At her funeral, they cut her hair short, dressed her in a suit, and presented her as a man named Geoffrey, prompting resounding outrage throughout the Internet.

“I am disgusted,” Jennifer’s friend Stacy Dee Hudson posted on Facebook. “A great and dear friend’s mom went to the funeral today. It was not closed casket. They cut her hair, suit on. How can they bury her as Geoff when she legally changed her name. So very sad. Jen you will be missed and people who know you know that you are at peace.”

According to the Miami Herald, Jennifer, who was estranged from her family at the time of death, did not leave behind a will to specify how she wanted to be buried. But her friends, who say she was living as Jennifer for years, were appalled to see that her family had buried her as a man.

“She had done what she needed to do legally to be seen as her authentic self,” Megan Stabler, a board member of the Human Rights Campaign who befriended Jennifer on Facebook during her transition, told the Herald. “Her father erased her identity either through ignorance or arrogance.”

Jennifer was also referred to as “Geoffrey” in her online obituary, paid for by her family. The obituary reads as follows:

Geoffrey Charles Gable, 32, Boise, passed away suddenly on October 9, 2014 while at his job at Wells Fargo Bank.
He was born in Twin Falls on January 27, 1982 to Anthony Clark Gable and Lori Ann Walton.
Geoff and his brother, Steven, were raised from toddlers by their maternal grandparents, George and Joan Walton.

Fortunately, those who knew and loved Jennifer are fighting back by sharing memories of their friend on the funeral home website.

“I was horrified to hear that those same family members that had alienated Jennifer when she desperately needed their unconditional love, had shown how hard their hearts truly are when they decided to have the funeral service they wanted, depicting her as a boy rather than as the woman she was,” one friend wrote. “Shame, but perhaps she’s found the loving supporting family she desired in the next life.”

There’s also a GoFundMe campaign to give Jennifer a grave and a memorial with her true name on it, which has so far raised only about $110.