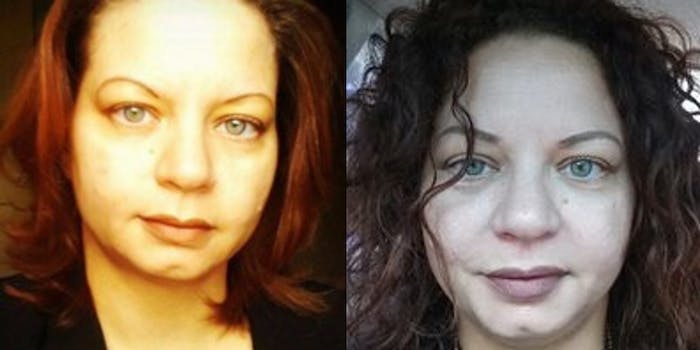 Jennifer Benton, popularly known as Satchuel Cole, is the latest white woman who pretended to be Black. The news broke on Twitter Monday evening, exposing the highly regarded activist as a racial scammer.

Over the past few years, Benton has worked for various social justice organizations, including Indy10 Black Lives Matter and Indy SURJ, posing as a prominent activist in Indianapolis’ Black community. She also served as co-president of the now discontinued grassroots organization, Don’t Sleep, which aimed to dismantle systems of oppression that contribute to social injustice. Additionally, Benton led and organized within Indianapolis’ LGBTQIA+ community, where she allegedly “regularly championed for intersectional and queer rights alongside Black Empowerment,” Black Indy Live reports. Other claims suggest Benton has been at the receiving end of “thousands of dollars of funding she was regularly receiving as early as 2018.”

The news of Benton posing as a Black activist instead of using her white privilege to contribute to racial justice movements comes just two weeks after news broke that George Washington University Professor Jessica Krug admitted in a Medium article that she had been posing as a Black woman. The associate professor, whose work focused on Africa and the African diaspora, confessed that she falsely assumed numerous Black identities when, in reality, she is a “white Jewish” woman from Kansas City.

Blackfishing, or the art of pretending to be or altering the appearance to look ethnically Black, isn’t uncommon. In 2015, it was revealed that Rachel Dolezal, a former college instructor and National Association for the Advancement of Colored People chapter president, was a white woman who had been passing as Black. The term was coined three years later to describe Instagram influencers and public figures who darken their skin with makeup or tanning products to appear ethnically ambiguous. Since then, the phrase has found its way into social justice movements, among white women activists who choose to display themselves as Black women.

A comprehensive analysis in Black Indy Live provides details of Benton’s family history, suggesting her Black lineage isn’t tied to a previous generation and that claims of her father being Black are indeed false. The report also states Benton’s racial journey started back in 2010 when she legally changed her name to Satchuel Paigelyn Cole—a combination of the names of Leroy Robert “Satchel” Paige, who was a legendary Negro League and MLB pitcher, and Chantelle Owens-Cole, Jennifer’s close friend.

Accusations about Benton’s identity rose after the death of Owens-Cole in April. Benton wrote the obituary of her late friend, including misinformation about her relationship to the family, posing herself as a family member rather than a close friend. She also listed “No Questions Asked Food Pantry” as an organization to donate to in memory of Owens-Cole. Attendees of the funeral noted that Benton was a beneficiary of the organization and began to question her intent, causing widespread research into Benton’s actual identity.

Along with posing as Black, the publication found numerous other allegations against Benton, dating back to 2012, including “identity misrepresentation, to misappropriation of thousands of dollars of funding collected by her over the years, claims of being a ‘slum lord’ through her work in property management with low income families, to threats of physical violence against families and even children who were attempting to oppose her.”

Benton has yet to make a public statement about the claims.