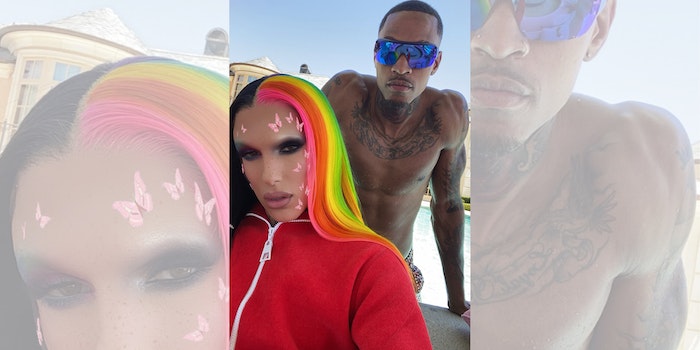 People guess identity of Jeffree Star’s boyfriend based on tattoos

'Worry about how to pay your own bills, not who’s in my mouth.'

The internet is speculating that Jeffree Star’s boyfriend is a basketball player: after tracing the mystery man’s tattoos to other online photos.